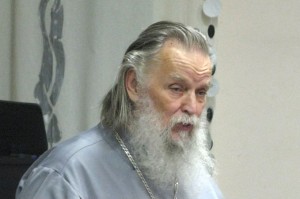 Moscow, August 6, Interfax – The Russian Investigative Committee’s regional department in charge of high-profile inquiries has been appointed to investigate the murder of Orthodox priest Pavel Adelgeim in the Pskov Region, the committee said in a press release seen by Interfax on Tuesday.

“The criminal case has been forwarded to the regional department in charge of high-profile inquiries,” it said.

As soon as the condition of the murder suspect stabilizes, “investigators plan to interrogate him and take other procedural measures,” the committee said.

The priest is believed to have died from severe blood loss after being stabbed in the heart, the committee said.

The priest’s dead body bearing stab wounds was found at the Konstantin and Yelena Church in Pskov at around 8:00 p.m. on August 5.