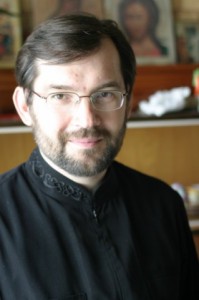 “The meeting was sort of “a comparison of positions” for the purpose of further cooperation between the Russian state and the Church in social and cultural affairs aimed at preserving fundamental moral issues, to protect life and to show respect for the dignity of a person and a family,” Secretary of the Synodal Department for External Church Relations for Inter-Christian Relations Archpriest Dimitry Sizonenko said.

The Monday visit of Putin to the Vatican was held against the backdrop of the active development of constructive relations between the Russian Orthodox Church and the Holy See.

“Problems in the Orthodox-Catholic dialogue and the question of a meeting of the [Church] leaders are internal affairs of the Churches. The common concerns of the Church and the Russian state are the peaceful settlement of the Syrian conflict and the priority of moral fundamentals in the life of contemporary society and in international relations,” the source said.

In the words of the cleric, “the outstanding success” of Russian diplomats in the promotion of the Syrian peace process is consistent with the aspirations of the Russian Orthodox Church and allows it to start a more active discussion of the problem of persecution and discrimination against Christians on the floors of international organizations – the United Nations, the Council of Europe and the Organization for Security and Cooperation in Europe.