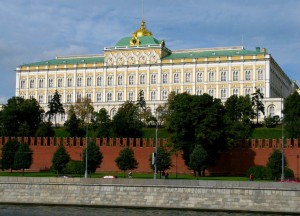 Moscow, July 24, Interfax – President Vladimir Putin on July 25 will meet Patriarch Kirill and representatives of local Orthodox Churches who arrived in Moscow for the celebration of the 1025th anniversary of the Baptism of Rus.

The Kremlin press service reported on Wednesday that the format of the meeting is very unique.

The conversation is expected to focus not only on issues of creed but also on pressing international matters affecting the interests of Christian Orthodox communities in different countries of the world.