Question on Problems Which New People Face (Part I)

At first, Orthodox liturgy appears to western senses to be very oriental, something quite foreign - that is part of its attraction for some. But many forget that Christianity is an oriental religion. The Bible is profoundly Middle-Eastern book. In time, though, one feels very at home in Orthodox Christianity. The point that needs to be grasped, especially by those who think they have rejected Christianity, that is, those who have only come across its western forms, is that Orthodoxy is very different.
Zhanna Menshikova | 17 November 2009

Fr.Chrysostom MacDonnell, a parish priest of Antiochian Orthodox church of St.Dunstan in Bournemouth, Dorset, UK and Fr. Joseph Skinner, priest of the Diocese of Sourozh, London are talking to Pravmir on ethnicity of Orthodox parishes, problems new people face when they visit an Othodoxy Church and the discipline to preach for new converts. 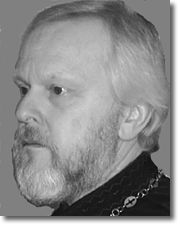 Q.: Fr.Chrysostom, when non-Orthodox people visit an Orthodox church for the first time, they unfortunately can face indifference or rudeness on the part of the believers. Such an attitude can sometimes be experienced by Orthodox people as well in such a situation as when they visit a new parish or when they bring an non-Orthodox friend or relative to church. Have you ever come across such cases in your church?

Fr.Chrysostom: Talking about my parish, I have never experienced the problem of rudeness or indifference on the part of our believers. In fact, I find our congregation to be welcoming to other people. The only time I found any form of suspicion was when we were seeking to become an Orthodox. We found suspicion among some Orthodox people in this country, including some clergy. But since becoming Orthodox, I think I understand better why they were suspicious. It was because they knew that to become an Orthodox Christian requires a real change of mind and that can take time. This is because the Orthodox prospective of Christianity is often very different from the Western prospective in which we were brought up. Going back to my own experience, to my own way to Orthodoxy, we began with a group of like-minded Anglican clergy; it was an organisation that I started myself with the help of the Antiochian Archdiocese in America. We were initially a group of eight clergy, supported by certain members of their own existing congregations, who now desired to become Orthodox. I think, though, that there were two problems: one was the way in which we were to be received, in groups; the other lay in the idea of adding to the jurisdictional confusion already current in Britain. This was particularly the concern of the Russian and Greek Churches already established in this country.

The fact was that the Antiochian Orthodox Partriarchate was and is very active in receiving heterodox people into Orthodoxy. The beginning of our deanery was at the meeting in Paris in September 1994 with His Beatitude, Patriarch Ignatius. Following the meeting, he blessed Vicar-Bishop, Gabriel, (as he was then) to organized our reception and that was the beginning of our deanery.

So, it was not so much rudeness –  what we had come across was only the real concern about whether the way in which we were being received was the right way. In the end, however, our entry into Orthodoxy has proved very fruitful. At its tenth anniversary in 2005, the Antiochian Orthodox Deanery of The United Kingdom and Ireland had doubled its size.

As for the enquirers and visitors who come to our own church in Bournemouth, there have never been any   cases of rudeness towards newcomers of which I have been aware. Our parishioners have always been welcoming and happy to see them but we never presume too much until they come regularly. We also have some people who have come to church for a long time and have not yet decided to become Orthodox. And yet we hold them as a part of us, still, not yet received into Orthodoxy but more like catechumens.

– Another problem is that an Orthodox church is almost connected with a certain ethnic identity and for somebody who does not belong to any Orthodox ethnic group, it can always be an obstacle to come to the church.  Could you please share your experience concerning such a problem?

– We have never found it a problem in our congregation because, although we are probably 50% British, we have always been welcoming of the different nationalities. We have Greeks, Russians, Romanians etc. It’s always been a great delight to discover all the different customs they bring with them, and we try to use them where appropriate. Liturgically, we follow the Greek traditions, as is done in Antioch. Somewhere in this mixture, perhaps, we are making, with God’s blessing, a new British form of Orthodoxy. We do, though, take the long view. It might be a hundred years before we can identify an authentic British expression of the Orthodox Christian faith. I see our deanery as planting seeds and who knows what fruits will come?

– How would you advise those people who probably have some negative experience of their few visits to church or encounters with other believers which steers them away from the Orthodox church?

– I think we are presuming, here, that this is person from a non-Orthodox background. I do think it’s important, of course, that they try again but they must make sure that they find a church that uses English in their liturgy. We minister to people of many languages but I think it is important that our first objective be to integrate Orthodoxy into English culture once again. Enquirers, seekers, should be helped to realize that Orthodox Christianity was native to Britain until the time of Normans came in 1066. Orthodoxy is not something new here – it is a forgotten treasure. There are congregations that are served in their native languages: Greek or Slavonic or whatever. We must be working together, naturally. But our deanery’s prime concern is, what I call, to re-hallow, to re-sanctify Britain for Christ and the English language has to be the medium for that.

– What would you advise somebody who is probably afraid to enter the nearest church because of all kind of barriers he or she has like cultural, linguistic or psychological?

– It depends on their own personality. If they are quite shy, they might feel more comfortable having a conversation with a priest by telephone, in the first place. If they come to church, they should be aware that people do come and go. There are not usually rows of seats, so there is freer movement. They can just stand when the congregation stand, perhaps they might prefer to stay at the back of the church, to feel less self-conscious. They don’t need to do anything. They don’t need to copy what the congregation do. They are very welcome just to absorb the spirit of the worship. They should not feel that they must follow everything from a book, rather it is better to allow the worship just to ‘wash over’ them. In time, they will get used to the structure of the worship and feel more at home. At first, Orthodox liturgy appears to western senses to be very oriental, something quite foreign – that is part of its attraction for some. But many forget that Christianity is an oriental religion. The Bible is profoundly Middle-Eastern book. In time, though, one feels very at home in Orthodox Christianity. The point that needs to be grasped, especially by those who think they have rejected Christianity, that is, those who have only come across its western forms, is that Orthodoxy is very different. Its perspective can seem at first as if it were an ‘alternative’ Christianity  when in fact, it is the original form; its provenance goes back to the tradition of the Apostles themselves.

– How do you address new people in your church?

– I normally introduce myself and welcome them; say to them that they are very welcome, and I always ask them how they found us. I often ask them about themselves, what they are, what they do, and we always have coffee and something to eat after the liturgy. Then, usually, other people in the congregation will come and meet them and talk.

– Finally I would like to ask you what is your vision for your own congregation?

– I would say our first need is to have our own building rather than borrowing one. We need to be able to have our own place permanently set up and therefore identifiable as an Orthodox church. Currently I have to earn my own living as a teacher. I look forward to the time when I might be freer in order to give more time to the work of our parish. At the moment I only have weekends and holidays. We do, though, have to build up the number of regular worshippers who, for the love of God and His Church, seek to witness to the Gospel and help fulfil our mission. I cannot do this on my own.