A "women's libber" on T. V. referred to a passage in the Bible and attributed to Paul that man was made in the image of God and that woman was made "in the image of man." Is this true? (I don't think that it is.)
Stanley S. Harakas | 14 September 2008 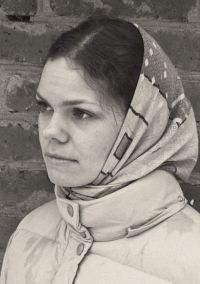 No, Paul does not quite say that, but almost that, so your question is still very interesting and important. The passage occurs in a discussion on the veiling of women in Church. Paul supports the view that women should cover their heads when they attend Church services in 1 Corinthians 11:2 -16. AS part of his argument in support of this idea, he says, in verse 7: “For a man ought not to cover his head, since he is the image and glory of God; but woman is the glory of man.” This argument is based on one of the biblical accounts of creation in Genesis, which teaches that woman was taken from the rib of Adam. (The other account teaches that men and women were created at the same time.) “Glory” means “to manifest” or “to reveal.” So, he seems to be saying that women exist in a secondary place to men.

That seems to have been the interpretation of the woman on the TV program, which you describe. Yet, in the same passage Paul seems to refute his own argument. Though the Church has continued to hold that the husband is the head of the household, including the wife, this has never meant that the spiritual equality of men and women is denied. It simply recognized a different function of men and women in marriage, and not a subordination of women, as women.

This passage is one of the genuinely difficult scriptural passages in the writings of St. Paul. It is not because he seems to say something, which doesn’t fully fit the biblical and traditional teachings about the quality of men and women, but because his argument seems to be contradictory precisely as he develops it.

He seems to be extremely concerned about a liturgical practice (the covering of the head by women during worship), which he feels is absolutely necessary. In verse 2 of the Chapter 11 he introduces his argument by placing the issue within the larger question of “the traditions even as I have delivered them to you.”

His first argument in support of the veiling of women is a Trinitarian one: God the Father is the “head” of the Son, Jesus Christ; and the Son is the “head’ of man. So in the same fashion, man is the “head” of his wife. Please note two things about this argument. In the Holy Trinity, Father and Son are both divine in essence- in this sense, they are equal. But in their relationships, there is a difference. The Son does the will of the Father and follows the Father’s leadership.

It is an “organic” understanding of their relationship. The second point to notice about his passage is that it does not refer to women as women, but to women as wives. The same Trinitarian pattern is maintained. Yet, in verse 7, as we have seen above, St. Paul seems to talk about women as women, and not as wives. Verses 8 and 9 carry argument further: “For man was not made from woman, but woman from man. Neither was man created for woman, but woman for man.” This would seem to say that basically men are superior to women in an essential way. But in verses 11 and 13 he contradicts that impression, reverting to the traditional and accepted theological teaching of the Church, which sees men and women, created as equals before God as human beings.

He says, “Nevertheless, in the Lord woman is not independent of man nor woman; for as woman was made from man, so man is now born of woman. And all things are from God.” He apparently doesn’t feel that this argument in support of the practice of veiling in worship is very convincing so he then turns to other arguments: common sense (verse 14); nature (verse 14); and, finally his personal authority (verse 15).

As we have seen, the passage is really not about the fundamental nature of women in relationship to men, but an effort to find convincing reasons for maintaining the practice of women covering their heads during worship. As regards the fundamental equality of the sexes, Paul, himself, teaches it in this famous passage: “For as many of you as were baptized into Christ have put on Christ.

Here is neither Jew or Greek, there is neither slave nor free, there is neither male nor female, for you are all one in Christ Jesus.” (Galatians 3:27-28). He uses the Trinitarian model more fully in reference to marriage in the 5yh Chapter of his letter to the Ephesians. In marriage, there is no question that the Bible teaches that the husband is the head of the wife. Yet, the reason given is critical- so that the husband may sacrificially love his wife as Christ did the Church. The Christian truth is much more profound than the simplistic and out-of-context quotations might indicate.