Source: Shepherd of Souls
Favoring one over the other is contrary to our lives as Christians not only in matters of religion but in everything that we do. We are commanded to love our neighbor, and that command does not come with any conditions, and sometimes our neighbor does not look like us.
Priest Peter-Michael Preble | 12 May 2014 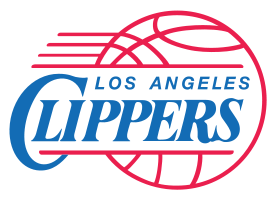 This past week the news was all abuzz over comments made by the owner of the Los Angeles Clippers Donald Sterling.  Leaving aside the fact that the conversation was, as far as I can tell, recorded without his knowledge, the comments he made should have never been made.  Racism, or should I say discrimination for any reason, is alive and well in the United States and we have to work hard to defeat this evil.

The New Testament includes a book written by St. James, the first bishop of the church in Jerusalem, and is considered one of the Pastoral Epistles because it is not written to a specific group of people but rather the church at large.  In the second chapter James tells his readers that we should not “hold the faith of our Lord Jesus Christ, the Lord of Glory, with partiality” – in other words we should not discriminate in matters of faith.  He goes on to say that “if there should come into your assembly a man with gold rings, in fine apparel, and there should also come in a poor man in filthy clothes, and you pay attention to the one wearing the fine clothes and say to him, ‘you sit here in a good place,’ and say to the poor man, ‘you stand there,’ you have shown partiality.”

Unjustly judging others by their appearance, race, socioeconomic status, or anything else is an example of a fainthearted faith that is coming to light through unjust works.  It is not our works that bring salvation, for we cannot earn our way to salvation, but by our life as Christians we should be moved towards compassion and love for all of humanity regardless of their race or any other thing we might use to judge them.  Favoring one over the other is contrary to our lives as Christians not only in matters of religion but in everything that we do.  We are commanded to love our neighbor, and that command does not come with any conditions, and sometimes our neighbor does not look like us.

I believe in a previous column or two I have written about how all of humanity is created in the image and likeness of God and as such we all have the divine spark of our creator.  That spark of divinity needs to be respected and celebrated in each individual and we do that by showing them the basic respect of just simply being human.  Racism, or any kind of discrimination, is just plain evil and has no part in the life of a Christian.  A person’s dignity comes from God and not from any other human being or institution.  God does not show partiality to anyone.

I recently came across a picture on Facebook that illustrates what I am trying to say.  It was a picture of a poor man, dressed in rags and living on the street and in the next panel was a picture of a rich man dressed in the finest clothes with gold rings and what not, sort of like the description of what St. James was talking about in the scripture quote I used earlier.  In the photo under the poor man was a picture of a grave humbly dug in the ground, and in the picture under the rich man it was the same grave.  In other words, no matter what we have or do not have, in this world we all leave the same way, a humble hole in the ground.

I do not know Mr. Sterling so I try not to judge him by an isolated incident and of course, we only know what we read in the media.  However, what we say in private many times betrays what we hold in our hearts and in this case he does not seem to be living up to the Gospel command of loving our neighbor as ourselves.

The love of neighbor is one of the hardest parts of being a Christian, ranked right after forgiveness in my book, but if we truly want to be authentic followers of Jesus Christ, then it is not an option.

This essay originally appeared in the Tantasqua Town Common, and The Quaboag Currant
Tweet
Donate
Share
Since you are here…