Raising Others to Virtue 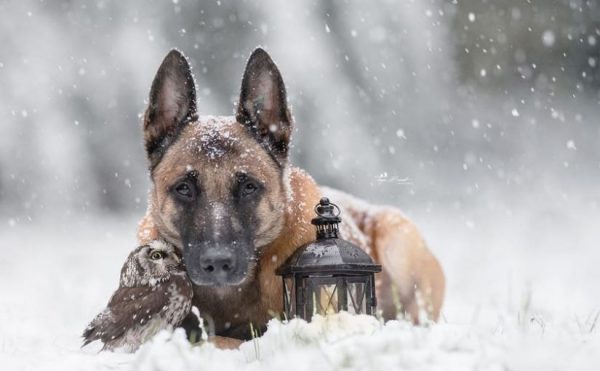 A curious practice is advised by St. Isaac the Syrian.  He essentially tells us to speak what we want to see in others.  He writes,

When you meet your fellow man, constrain yourself to pay him more honor than is his due.  Kiss his hands and feet, often take his hands with deep respect, put them over your eyes, and praise him for what he does not even possess.

And when he parts from you, say every good thing about him, and whatever it may be that commands respect.  For by these and similar acts, you draw him to good and make him feel ashamed because of the gracious names by which you have called him, and you sow the seeds of virtue in him.

From behavior such as this, to which you accustom yourself, a good pattern is also imprinted in you; and you gain much humility for yourself, and achieve great things without toil.  And not only this, but if he has any faults or voluntary imperfections, he will readily accept correction from you when he is honored by you, being ashamed because of the respect which you have shown him and the proof of love he continually sees in you.

Let this always be the aim of your conduct: to be courteous and respectful to all. [1]

I share this teaching not as a master, but as a fellow pupil.  As I ponder these words, I can’t help but think that were I to try to follow this teaching, praising men for virtues that have not yet even acquired, it would seem either forced or like flattery.   I don’t think St. Isaac was proposing we act in a forced way, nor was he encouraging the deceptive practice of flattery.

St. Isaac wrote from a place of humility, which is something foreign to me, so I can only write about it as one looking in from the outside.

In his humility, he could see the image of God in each person and the virtues that they would attain if only those he met had a little loving edification.  I think to attain to such a practice, I must first approach God and confess the abyss of pride that separates me from such loving humility.  Then, I must ask God to grant me the humility of the saints.  As with all virtues, humility is a gift from God and not something that I can acquire with my own efforts apart from Him.

Practicing these things will take different forms than what St. Isaac writes above.  Our culture is different from his, and were we to literally kiss people’s hands and feet, and cover our eyes with their hands, I think the result would be more awkward than anything else.  But the message remains: we should treat all people as the saints whom God has called them to be, even if we can’t see it right now.

We should also not be eager to set ourselves up as teachers among our brethren.  In this age of disincarnate online discussions and arguments, it is easy to fall into all sorts of subtle traps as we attempt to correct others who are wrong on the internet.  Like the Corinthians, we have “ten thousand instructors in Christ, but not many fathers” (1st Corinthians 4:15).  May God help us, and may God help me as I try to learn what St. Isaac is teaching here.

Darth Vader “force” chokes a man, blows up a planet, attacks his own son, and commits all sorts…

Most viewed articles
What Is the Mark of the Beast?284
Film about Priest’s Large Family Made in the Volyn Diocese of the UOC183
Angels: Their Role in our Lives and Worship155
From Desire to Necessity151
The Russian Church Called the Picture of Christ in the Image of a Transvestite as ‘Madness’110
Working Together with Christ82
Polish Orthodox Church Consecrates Warsaw’s Hagia Sophia Cathedral64
A priest refused gifts on his birthday. Instead, his close ones paid for the rehabilitation of the boy with cerebral palsy48
Bishop Teodosije Encourages Kosovo Serbs to Not Abandon Their Homes, Churches, Monasteries44
Patriarch Daniel: When Church is Full, Community Takes Form of Cross Directed to Resurrection38
Most popular authors
Pravmir.com team337
Archpriest Michael Gillis284
Archpriest George Shalhoub155
Archpriest Stephen Freeman151
Archimandrite Jack (Khalil)82
Iulian Dumitraşcu64
Taisia Sidorova48
Aurelian Iftimiu38
Archpriest Lawrence Farley3