We've all been told time and again how the average Christian has become no different than the non-believer. We churn out the same profanities, show similar favoritism, watch the identical junk on our Plasma's, and waste ungodly amounts of money on ourselves, all the while complaining that life is generally unfair. We've become so self-absorbed and selfish we wouldn't notice the four horsemen of the apocalypse galloping down our street!
| 14 January 2010

Source: The Voice of Orthodox. December, 2008

In his classic book Walden, Henry Thoreau wrote: “our life is frittered away by detail.” Sometimes I wonder if over the centuries we haven’t spent too much time thinking, talking, reading and writing about God (this article included) and not enough experiencing God? It seems to me that we have cluttered our spirituality (whatever the word means anymore) with so much religious gobbledygook that it too has become much like everything else in our lives: another burdensome chore, detached of any meaningful participation in the divine life. Or as the German historian and social philosopher, Eugen Rosenstock-Huessy aptly put it: “as soon as the Gospels were written, speech without experience began to dabble with the new facts proposed by the existence of the Church…. People tried to think the new life without being touched by it first in some form of call, listening, passion or change of heart.” How sadly true this is.

Somewhere in our church history, we seemed to have forgotten the ancient refrain that “someone who has not seen God cannot speak of him.” This type of authentic spirituality seems foreign to most of us. And yet when we read someone like the apostle Paul writing to the church in Rome, we get a picture of a lively and livable spirituality: “I plead with you to give your bodies to God because of all he has done for you. Let them be a living a holy sacrifice-the kind he will find acceptable. This is truly the way to worship him. Don’t copy the behavior and customs of this world, but let God transform you into a new person by changing the way you think. Then you will learn to know God’s will for you, which is good and pleasing and perfect” (Romans 12:1-2 NLT). 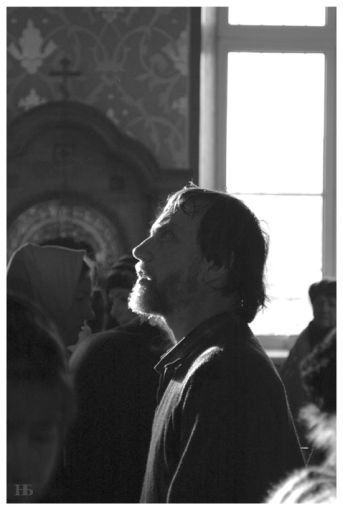 Transformation by the World

We’ve all been told time and again how the average Christian has become no different than the non-believer. We churn out the same profanities, show similar favoritism, watch the identical junk on our Plasma’s, and waste ungodly amounts of money on ourselves, all the while complaining that life is generally unfair. We talk about the love of God, but really have no time to love Him or anyone else for that matter. Even that desperately longed-for of Christian gifts, “peace,” has become so elusive that any peace we might actually get our hands on is of the self-help kind-the kind that has the same shelf life as a dollar store gadget. Truth is, we’ve become so self-absorbed and selfish we wouldn’t notice the four horsemen of the apocalypse galloping down our street!

So what have we done wrong? Plenty, I’m sure. But I think the biggest culprit for the malaise we’re in is that we’ve become “armchair Christians.” Isn’t that what we do with our sports and politics? We want to share the glory of a great sports play, but are too lazy to get out there and even play with a group of friends. Or we’re quick to criticize every politician ever elected, but you’d be hard pressed to find anyone actually ready to join a cause to make a real difference. Of course, the excuses have all been heard before: “no one can change anything… everything is corrupt… too busy… no money… blah, blah, blah.”

It seems to me our Christianity is no different. Domesticated. Safe. Boring really. Of course, we’ve held on to all the forms of religion-going to liturgy for an hour, making sure we kiss all the icons and dressing up for Jesus. But what about taking risks spreading the gospel to people outside our ethnic ghettos? What about spending our time and money bringing the Kingdom of God to the starving, abused and suffering mass of humanity? And what about lighting a fire in all those who have been baptized in Christ, but put away Christ long ago? In the revealing survey-based study on The Orthodox Church Today published by the Patriarch Athenagoras Orthodox Institute, only a quarter of the respondents believed that “practical care of parishioners for one another” was important while an appalling six percent valued evangelism: all just enough I think to rightly earn us the wrath of God! How can there possibly be any spirituality apart from living with others and for others?

Transformation by the Renewal of Your Mind

The word “transform” that Paul uses is the same word that is used only once in all the gospels to describe the transformation or transfiguration of Christ: “there he was transfigured before them. His face shone like the sun, and his clothes became as white as the light” (Matthew 17:2 NIV). So what St Paul is saying is that something like Christ’s transformation has to happen to us as well. There has to be not just an external change, but a reversal of who we are inside to the degree that, we too like Moses, shine like the sun in the kingdom of our God. In other words, it is an internal transfiguration that makes us hunger for God’s presence so much that we not only find ourselves crucified to the world but also doing the will of God.

So what does a transformed life look like? For one thing, it is freedom. In Galatians 5:1 we read “it is for freedom that Christ has set us free. Stand firm, then and do not let yourselves be burdened again with a yoke of slavery” (NIV). The apostle Paul constantly drove the message in his letters that rules of doing good and living right no longer bind Christians. Rather, the transformed Christian desires and loves to do what he ought to do. That is what makes us free. Having a mind that wants to be with God so badly that we live in a way that is always pleasing to Him.

The transformed life is also one that is wholly dependent on the Holy Spirit to renew and change it. We can’t do it on our own. And the Holy Spirit does this by allowing the repentant Christian to ever-increasingly gaze on the glory of God: “We are not like Moses, who put a veil over his face so that the people of Israel would not see the glory [of God]…. whenever someone turns to the Lord, the veil is taken away. For the Lord is the Spirit, and wherever the Spirit of the Lord is, there is freedom. So all of us who have had that veil removed can see and reflect the glory of the Lord. And the Lord-who is the Spirit-makes us more and more like him as we are changed into his glorious image” (2 Corinthians 3:13-18 NLT).

It is God who transforms lives, and transformed lives look like St Maria of Skobtsova who described it all so well: “The sign of those who have reached perfection is this: if ten times a day they are given over to be burned for the love of their neighbor, they will not be satisfied with that…. God gave His Son over to death on the cross out of love for His creature. And if He had something more precious, He would have given it to us, in order thereby to gain humankind. Imitating this…[everyone should] long to be like God in perfect love for their neighbor.” Spirituality is not reserved for those navel-gazing and cloistered away alone. Spirituality of the kind described in the New Testament is renewing. Transfiguring. And it is a transformation that comes from a dirt-under-your-nails spirituality that comes from seeing God, not on the mountaintop but in the face of the man sleeping under the trash. This is where we will find God unveiled-face-to-face reflecting His glory in us.