Religions in Russia: a New Framework

Twenty years ago, religions regained official authority in Russian society. A recent study by the independent research group “Sreda” gives a convincing picture of the religious map of Russia today. It tones down the influence of the Orthodox Church and gives a real voice to individual choice in religious matters. 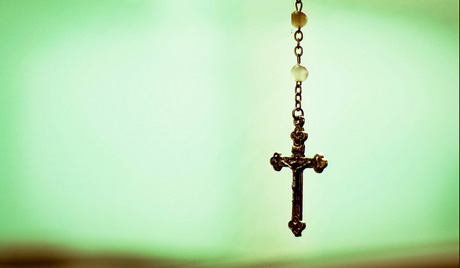 On December 18, the International Multimedia Press Center of RIA Novosti hosted the presentation of a research project by the Independent Research Institute “Sreda” (which means Wednesday in Russian).

Alina Bagrina, coordinator of the Atlas of Religions and Nationalities(ARENA), introduced the results of a survey, which offers a renewed picture of religious life in Russia. About 56,900 people, from urban and rural areas, have been questioned in 79 regions during the summer of 2012. The aim was to define who the Russian believers are, and how they believe, according to their religion, ethnic roots and regions.

Furthermore the survey shows that 25% people believe in God, but do not recognize themselves as members of a religious community. They believe without belonging to a community. There are 6.5% Muslims in Russia today and no more than 5% of the people questioned profess to Judaism, Buddhism, Catholicism or Protestantism.

However, it appears difficult to estimate the number of Orthodox believers and Muslims in Russia. According to Dr. Elena Petrenko, from the Foundation of Public Opinion (FOM) in the early 1990s, only 8% Russians declared themselves Orthodox Christians. Now depending on sources, this number varies from 41% (ARENA), to 69% (FOM), to 80% (Orthodox Church).

Calculating the number of Orthodox believers in Russia is not easy, because this question is more political than sociological, in the mind of Alina Bagrina. At the same time, as noted by this specialist, this situation also lies in the fact that the Orthodox identity in Russia is both based on religious and cultural recognition.

This may explain why only 5% Russian believers read the Gospel. “It’s sad, but it’s okay”, said the Head of the Information-Analytical Department of the Russian Orthodox Church, Vakhtang Kipshidze. “Before the Revolution, only very few people read the Gospel. The population was illiterate. But this does not mean that it was not Orthodox. We believe that 80% of the Russian population is Orthodox today. That’s the number of Russians belonging to the Orthodox culture and potentially belonging to the Russian Orthodox Church.”

There is the same kind of argument with the estimation of Russian Muslims. Islam is the second religion in the country. Believers are estimated at between 9 million (6% of population) and 28 million (20%) people. Such different numbers can partly be explained by the frequent confusion that is made between ethnic roots and religious faith.

In the traditional representation of Russian society, there is a correlation between religion and ethnic roots. The majority of ethnic Russians are said to be Orthodox Christian, the majority of ethnic Ukrainians, living in Russia, are said to be Catholic Christian, when they are actually mainly Orthodox Christians, and people with Tatar or Caucasian roots are said to be Muslim. However, the ARENA study tends to defy this cliché on religions and faith in Russia and to define religion as a more personal and individual choice. This just goes to show how complex the processes of religious identification are in Post-Soviet Russia.

Most viewed articles
On the Dormition Fast120
Faith and Moral Freedom66
Patriarch Kirill: “The Memory of the New Martyrs will Help Us to Be Faithful to Christ amid Modern Temptations”61
Dormition Fast: Lesson on Silence51
Patronal Feast Celebrated in St. Anna Convent in Vashkivtsi37
Lord, Save Me!36
Bishop Nicholas of Manhattan visits Holy Cross Monastery in West Virginia31
Condolences of Patriarch Kirill over the death of believers in the fire that broke out in Abu-Seifein Church in Cairo14
Most popular authors
Pravmir.com team263
Archpriest Michael Gillis66
Metropolitan Anthony (Pakanich)51
Fr. Theodore Stylianopoulos36