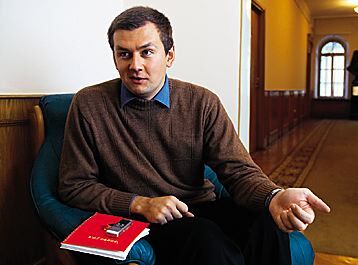 Moscow, September 9, Interfax – Mass attacks against Christian minority in Syria and desecration of shrines venerated all around the world puts on the agenda Russia’s active participation in the conflict, religious expert and head of the Human Rights Center of the World Russian People’s Council Roman Silantyev said commenting terrorist capture of the Christian town Maaloula.

“I admit that Russian direct military participation in Syrian conflict is pointless, however what can prevent us from sending volunteers in the country? Orthodox volunteers could come and help Syrian Christians and Ramzan Kadyrov can help enlist Muslims who will protect mosques and mausoleums sacred for Muslims,” Silantyev told Interax-Religion.

He reminded that Saudi terrorism ideologists promised to destroy sacred places of all religions in Syria. “Even if the situation develops negatively, we can save many people and shrines,” the interviewee of the agency believes.

This June he met with leading Sunnite theologians in Damascus and they asked why only Wahabis come to make war from Russia.

The expert reminds that Russian citizens have rich experience in standing for justice outside their country – from the British-Boer war to helping Cuba and Yugoslavia.

“We shouln’t think that our citizens can participate in military actions only inside our country, or otherwise they will shed blood for alien interests. Even in slandered Afghan war Soviet soldiers killed hundreds of thousands Islamists, protecting our southern borders from massive attack after USSR collapse and none of the soldiers who laid their life there, did it in vain. And survived Syrian terrorists will inevitably come to our country that is why it is better to beat them at the alien territory without looking back to the Memorial society,” the expert summed up.