Religious freedom: US not fit to preach

The 2011 International Religious Freedom Report – an annual report released by the US Department of State – looks more like a political tool than a thorough study aimed at better understanding world trends. 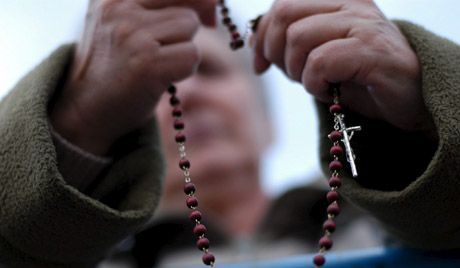 “In the Obama Administration we’ve elevated religious freedom as a diplomatic priority”, US Secretary of State Hillary Clinton said while speaking at the Carnegie Endowment for International Peace. “The United States will also stand for the value, the principle that religious freedom represents, not only for us but for people everywhere.”

This poses two main questions: why would a government, in a country where church has been separated from state, try to impose its own vision on something as delicate as religious matters on other sovereign states? And is it in a position to do so?

The answer to the first, though rather oblique, is the International Religious Freedom Act (IRFA), signed into law by President Bill Clinton on October 27, 1998, making religious freedom promotion an issue of foreign policy for the United States. The IRFA requires the president, who has delegated this authority to the Secretary of State, to designate as “countries of particular concern” (CPCs) those countries whose governments have engaged in or tolerated “particularly severe violations of religious freedom”. States so designated are subject to further actions, including economic sanctions by the United States.

The International Freedom Report includes an overview of basic trends and a country-by-country analysis. Each country chapter contains the description of what’s been happening there over the year and what the US government has done about it e.g. addressing the national authorities, reaching out to all kinds of different religious groups, including the ones considered extremist and banned in the territory of the country in question.

The report definitely requires a lot of field work and analytical effort. Yet the research methods seem to be rather superficial. For example, this time Russia has been criticized for failing “to distinguish between peaceful religious practice and criminal or terrorist activities”. “The most significant constraints on religious freedom during the year included the use of extremism charges to target minority religions and some broad restrictions on the freedoms of expression and association. […] Among the minority religious groups, labeled as ‘extremist cults’ and ‘totalitarian sects’, were Jehovah’s Witnesses, Scientologists, neo-Pentecostals, and Mormons.”

“We’ve seen just this kind of criticism since the 1990s, though, as we can well remember, all kinds of religious sects were extremely comfortable in our country at that time,” Professor and Protodeacon Andrei Kuraev observes. “The US Department of State could also do well publishing the data on funds it uses to support the overseas operation of American sects like The Church of Scientology – then we could get a more accurate picture.” As open sources would tell us, Jehovah’s Witnesses, Scientologists, neo-Pentecostals, and Mormons were all founded in the US.

The “worst guys list” this time includes China, the newly “appointed” main rival of the United States, accompanied by Eritrea and Iran where, according to the report, the situation of religious freedom “deteriorated”. Other CPCs of 2011 are North Korea, Saudi Arabia, Sudan, and Uzbekistan.

China was quick to dismiss the report as “a notorious practice of blatantly interfering in the internal affairs of other countries, including China, in the name of religion.” “The US practice of releasing such a report, which is full of prejudice, arrogance and ignorance, is unimaginative and even counterproductive,” the state-run Xinhua news agency reacted. “It is nothing but a political tool used by the US government to exert pressure on other countries, mostly deemed as its rivals.”

Curiously enough, the report labeled as “international” would not analyze the situation in the US – even though a country that registers an increase in religious discrimination, tolerates Quran burning and same-sex marriages could certainly join the club. Earlier this year, Pope Benedict XVI warned of a “grave threat” to religious liberty in the United States. He noted that America’s historical experience of religious freedom has been eroded “in the face of powerful new cultural currents” which are “not only directly opposed to core moral teachings of the Judeo-Christian tradition, but increasingly hostile to Christianity.” Currently, Christianity is practiced by more than 75% of the US citizens.

“We are going to judge by actions, not words,” Hillary Clinton told the Carnegie audience. “This report sends a signal to the worst offenders that the world is watching.” Well, it certainly is.