A memorial complex has opened in a place called Katyn near the Russian city of Smolensk to commemorate many Soviet and Polish citizens who were executed there by Stalin’s regime in the 1930s and 1940s. On Sunday, the head of the Russian Orthodox Church Patriarch Kirill sanctified the church at the place of the old but unforgotten tragedy.

The complex includes an Orthodox church, a 10-meter cross and several other facilities. 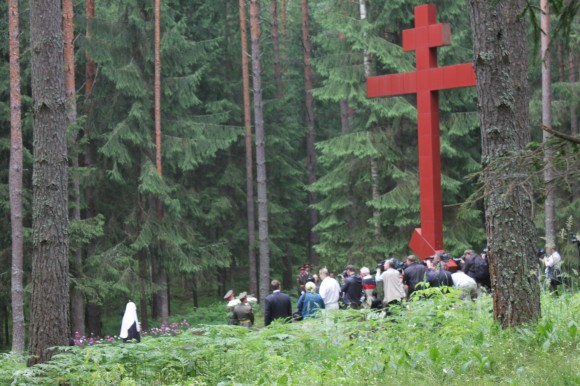 On Sunday, the head of the Russian Orthodox Church Patriarch Kirill sanctified the church at the place of the old but unforgotten tragedy. His Holiness called for friendship between Russians and Poles.

The church, a snow-white building with a big cupola, can host about 500 people. However, the number of those who came to the opening ceremony turned out to be much bigger. Many people had to stand outside the church, paying no attention to a monotonous rain. 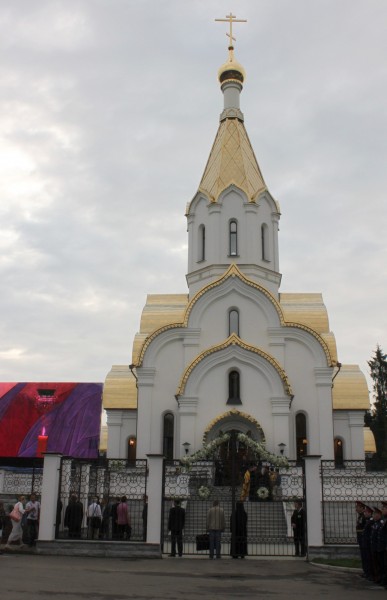 For some time, His Holiness Kirill used to be Metropolitan of Smolensk and Kaliningrad. It was his initiative to build a monument in the memory of the Katyn martyrs. However, for a long time, Kirill himself had no idea of what this monument should look like.

“When I was Metropolitan of Smolensk,” the Patriarch recollects, “many sculptors and architects presented their sketches of a monument to me. However, I didn’t dare to approve any of them. I seemed to me that none of these draft monuments reflected the real scale of the Katyn tragedy.”

“Finally, I decided: let, at first, it be a cross, the so-called eight-pointed Orthodox cross. Then, a church may be billed at the same place.”

“I turned to the authorities of the Smolensk Region with my idea,” Patriarch Kirill continues, “but, unexpectedly, it turned out to be very hard for me to implement it. Even after a ceremony of laying down the first stone of the future church, some people, for some reason, protested against building an Orthodox church at this place. We decided to build the church at another place nearby – and this decision turned out to be providential.”

The ceremony of laying down the first stone of the future church took place on April 7, 2010. It was attended by Vladimir Putin, then Russia’s prime minister and now President, and Poland’s Prime Minister Donald Tusk.

The author of the project of the memorial complex is architect Dmitry Pshenichny. Besides the church and the cross, the complex includes a belfry, a well with holy water, several conference halls, accommodations for pilgrims, a canteen and household outbuildings. 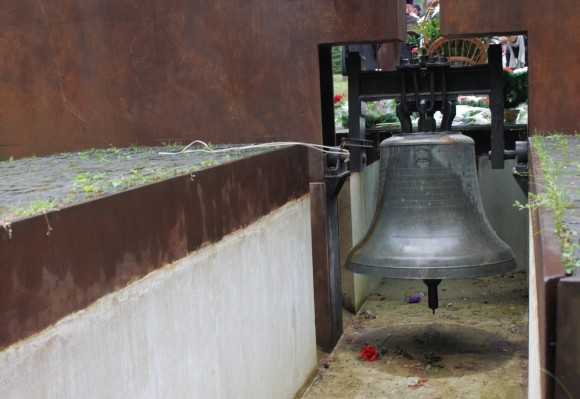 “It is symbolical that the church in Katyn was named after the Resurrection of Christ,” Patriarch Kirill says.

“The Resurrection of Christ is a victory of Good over Evil, of Truth over lies,” His Holiness says. “For many years, the Soviet authorities hushed up the Katyn tragedy. However, finally, the truth prevailed over lies.”

“Now, we are commemorating the Katyn martyrs in the church of the Resurrection of Christ, and we hope for the resurrection of all the dead in the end of time.”

“Nothing unites people as much as a common grief. The Katyn tragedy united Russians and Poles, and the two people should always remain brothers. I believe, from opening this monument, a new stage in Russian-Polish relations will start,” the Patriarch says. 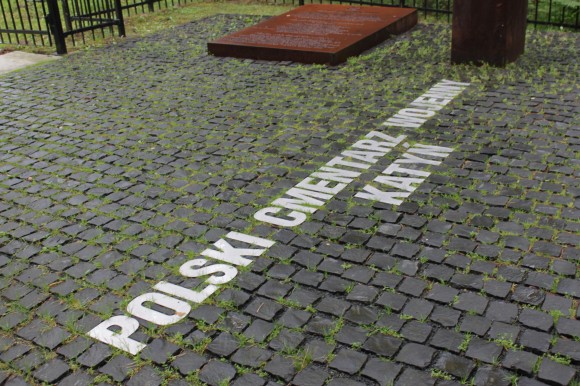 After sanctifying the church and performing a divine service in it, Patriarch Kirill, together with a Polish delegation, which included politicians, military officials and Polish Orthodox hierarchs, visited the Alley of Memory, which separates the Russian and the Polish parts of the memorial complex, and laid down wreaths to the 10-meter Orthodox cross in the Russian part of the cemetery, and to a chancel in its Polish part. 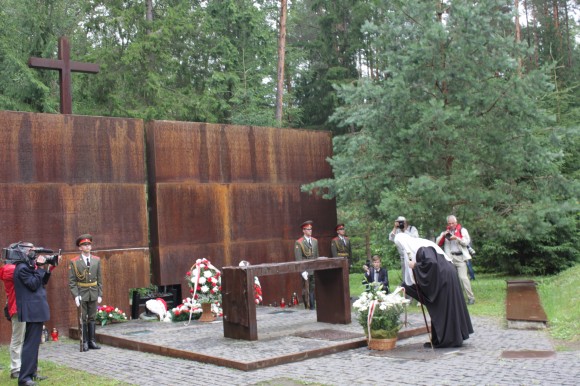 When the head of the Russian Orthodox Church was visiting the Polish part of the cemetery, the famous Katyn bell rang three times. This bell is situated lower than the ground level, which symbolizes a call from the dead to the living.