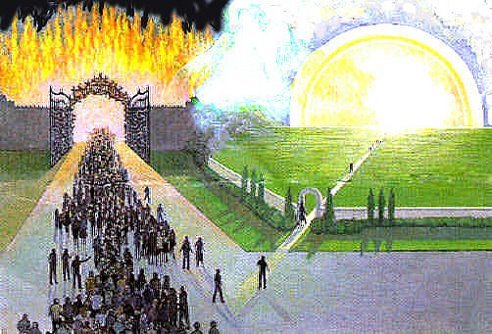 In the Gospel reading (Luke 18:18-27), we heard the account of a rich young ruler who came to Christ, asking one simple question: “Good Teacher, what must I do to inherit eternal life?” This is a question that most Christians have probably given some thought to when they take a deep look at their own spiritual life.  What do I have to do to get to heaven? How am I doing so far?”

Our Lord responded to the rich young ruler’s question, by saying, “You know the commandments!  Do not commit adultery. Do not murder. Do not steal. Do not bear false witness. Honor your Father and your Mother!” These were all very obvious responses, but they were positive virtues that the young man had (at least according to him) already incorporated into his life. So our Lord peered deeply into his heart and saw that there was one more thing that was needed. Jesus said,  “Sell all of your possessions,” then “give to the poor and come follow me,” because “it is easier for a camel to go through the eye of a needle than for a rich man to enter into the Kingdom of God.”

This image of a camel trying to go through the eye of a needle has always been one of my favorites in the entire New Testament. When many of our parish family was able to visit Jerusalem a few years back, we had the added blessing of visiting the “eye of the needle” that our Lord spoke about this morning.

Contrary to popular belief, Jesus was not speaking about a camel fitting through a sewing needle. He was referring to the small openings that could be found near the large gates of Jerusalem where men and animals, one at a time, were able to enter in and out of the city when the main gate were shut. These openings were very small. The only way that you could a camel through them was to first remove all of the baggage they were carrying so that they could slip through unhindered. I love this image, because it is a perfect description of what our own spiritual lives should look like. In order to enter into the Kingdom of Heaven, in order to come into complete communion and union with God, we have to drop all of the baggage in our lives that has been weighing us down.

The baggage for the rich young ruler in the Gospel today was one that most people in the West have to deal with on a day to day basis—the conscious or (sometimes unconscious) obsession with material wealth. Living in the wealthiest country in the world can be both a tremendous blessing and a horrible curse. We see a microcosm of this reality every year during Thanksgiving weekend. On Thursday, we celebrate our blessings by giving thanks to God that we live in a country where a vast majority of people do not have to worry about where their next meal will be coming from. This is something that we sometimes take for granted. But for at least one day of the year, we as a nation give glory to God on Thanksgiving Day.

The day after Thanksgiving, appropriately named Black Friday, we see how living in a wealthy country can also be a horrible curse. There is a satire website called The Babylon Bee that posted an article that is painfully true of how far our secular culture tends to fall the day after thanksgiving:  “Nation Repents of Thanksgiving with a Day of Violent Pillaging”.  This is the time of year where it becomes easy for us to be weighed down with the baggage of material wants and desires.

Of course, this image of the eye of the needle doesn’t just apply to material baggage. Every time we enter into the sacrament of confession, we uncover a slew of non-material baggage that stops us from entering into communion with God.

About a year ago here at St. Mary Magdalene, we started the tradition of reading through the confession of St. Dimitri of Rostov, which is an all-encompassing guide for us to uncover ways in which we have failed to live up to a life like Christ. Every time I get through that prayer in my confession with my spiritual father, I am left speechless. I feel that my knees are about to buckle under the weight of baggage that I carry in my own spiritual life. After spending time confessing all of the ways in which I have failed, I sometimes am left with the same question that the Apostles had towards the end of the Gospel this morning—“Who then can be saved?”

Brothers and Sisters in Christ, we do not have to carry our spiritual baggage by ourselves. Our Lord reminds us all that “the things that are impossible with men, are possible with God.” It is by His Power and Grace, through the Church and Her Saints, that we are given the answer. 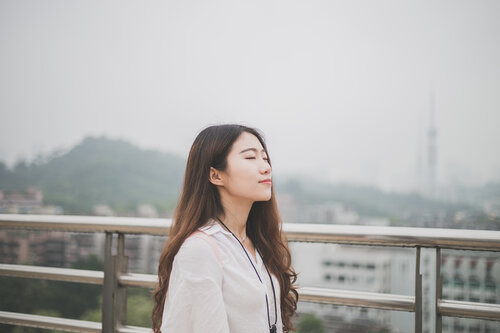 Many of the Saints tell us that the only way to combat sin and the passions, is to counter them with the opposite virtue. For those of us who have suffered this week from the baggage of gluttony, we should be tripling our efforts to keep the fast from now until the Nativity. For those of us who suffer from the baggage of idle talking or gossiping about co-workers or family behind their back, we counter it by either taking a vow of silence, or by talking about the positive virtues of others. If we are prone to anger and malice about the politics of our day, we should avoid the newspapers and websites that are triggers for us.

I read a beautiful story this week. It was about a priest who, just before World War II, would get incredibly angry and hostile when reading about Bulgarian advancements into Thessoloniki. In order to rectify the situation, he vowed not to read the newspaper, regardless of what was going on in the world.

A few years later, a man was speaking to him about Hitler’s advancement into Europe, and unlike everyone else in the world, the priest had no idea who Hitler was. When the man asked why he doesn’t pick up the newspaper anymore, the priest responded with an excerpt from psalm 51: “For I know my iniquities, and my sins are ever before me.” Instead of being fired up about the politics of the day, the priest spent the rest of his days offering words of love and encouragement to people who were distressed about the war.

“What must I do to inherit eternal life?”

It is a simple question with a simple answer. Remove the excess baggage of sin and enter into the narrow gate, where our Lord is waiting to embrace those who are ready to receive Him.

As we continue on our journey towards the Incarnation, let us heed the words of the Matins service for the fore-feast, and “cast aside the sleep of idleness. With vigilance of soul, let us sing to Christ Who was born of a pure Maiden. Let good action be sufficient for the storehouses of our soul, that with a radiant countenance, we may sing to Christ, Who is born!”