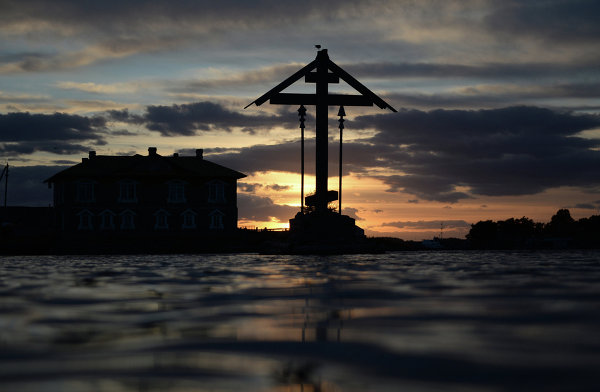 The Solovetskiye Islands in the White Sea in the north of Russia are an archipelago of six large islands in the mouth of Onega Bay. A restricted national park area is located on Greater Solovetsky Island 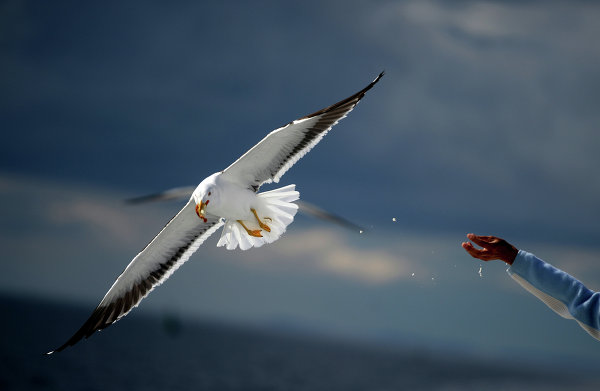 Seagulls are one of the symbols of the Solovetskiye Islands. 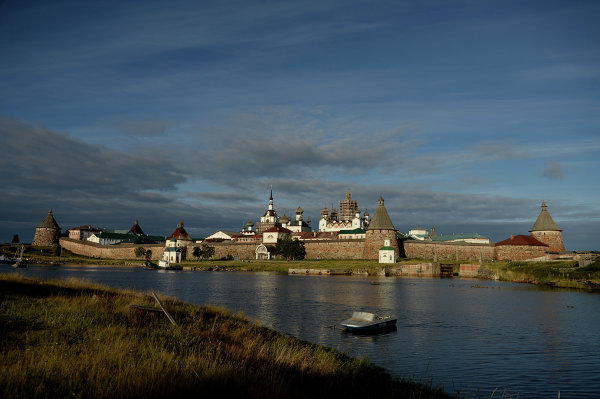 In the early 18th century, the Golgotha-Raspyatsky (Calvary-Crucifixion) priory was established on Anzer Island. In 1923, the monastery was closed, and the Solovetsky Special Purpose Camp (SLON) – the largest Soviet prison camp of the 1920s – opened on the islands 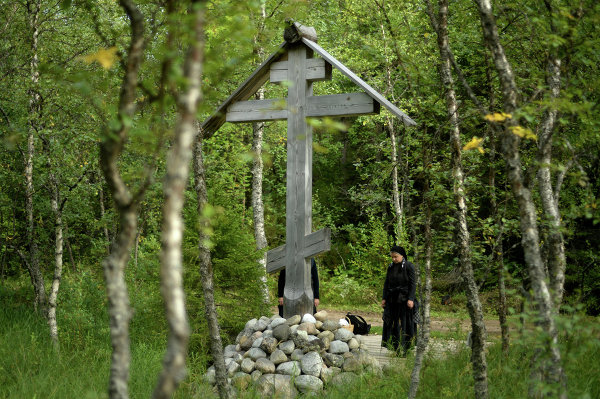 In 1967, all the buildings of the priory became the property of the Solovetsky Museum and Reserve. On July 3, 1994, a cross was erected at the foot of the Golgotha (Calvary) Hill in memory of all martyred Orthodox Christian hierarchs. 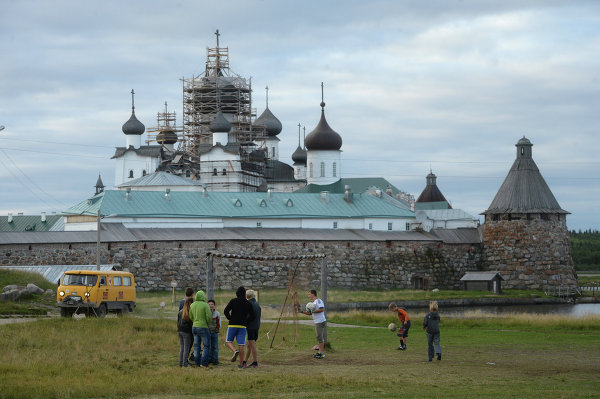 The Solovetsky archipelago is also home to the Solovetsky Spaso-Preobrazhensky (Transfiguration of Our Savior) Monastery. 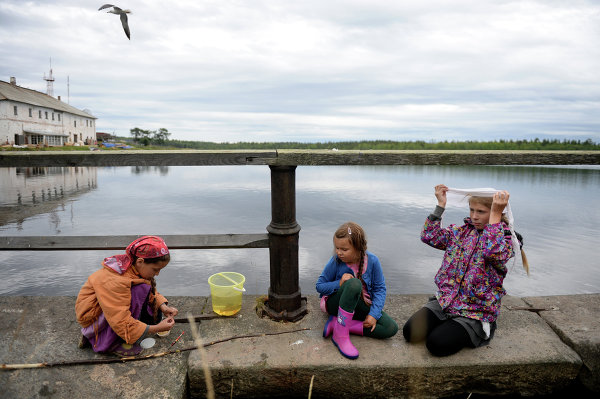 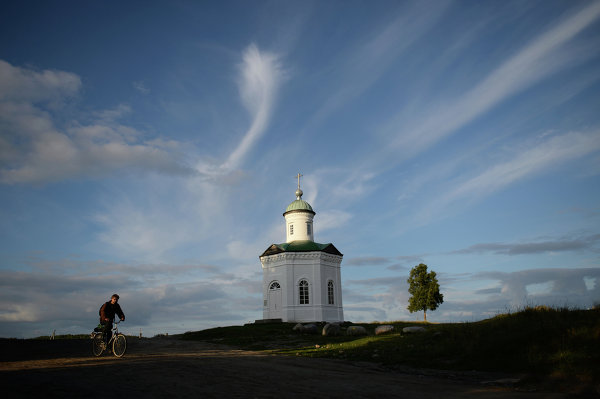 The chapels on Greater Solovetsky Island are located outside the fortress walls of the Solovetsky Monastery. The Konstantin Chapel, pictured, was built in 1844 to commemorate a visit to the monastery by Grand Duke Konstantin Nikolayevich, the son of Czar Nicholas I. 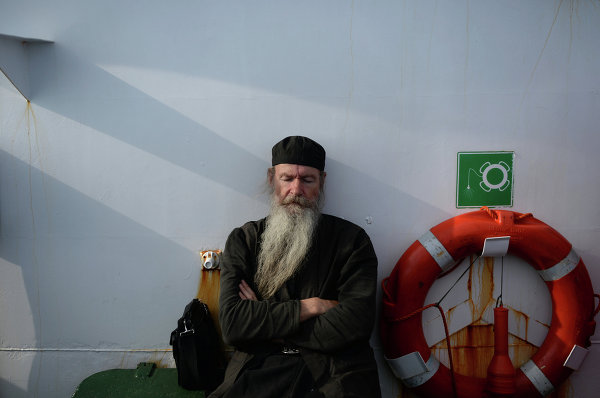 Monastic life was resumed at the Solovetsky Spaso-Preobrazhensky Monastery on October 25, 1990. 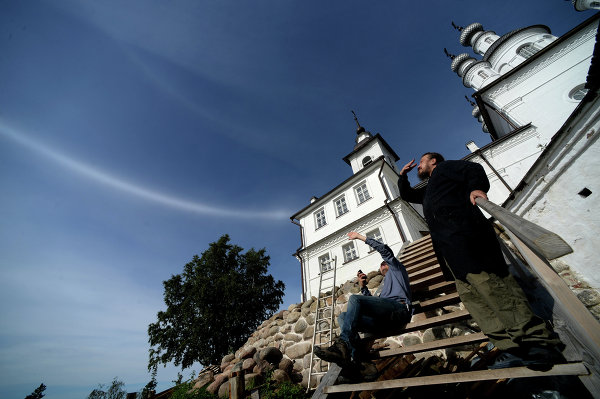 In 1992, the complex of historical landmarks of the Solovetsky Museum-Reserve was included in the UNESCO World Heritage List. 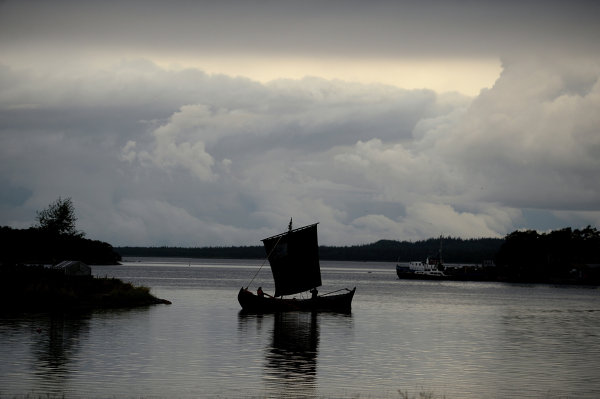 The architectural ensemble of the Solovetsky Monastery is located on the shore of Blagopoluchiya (Prosperity) Bay on Greater Solovetsky Island. 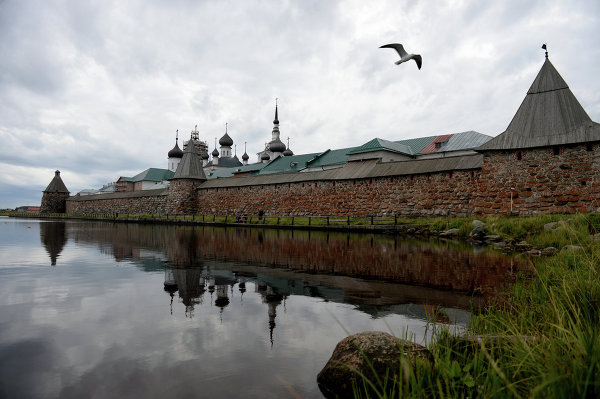 The pentagonal monastery compound is surrounded by massive walls standing 8-11 meters high and 4-6 meters thick with seven gates and eight towers, built in 1584-1594 by an architect named Trifon. The 1,085-meter-long walls are made of huge stones up to five meters in diameter. 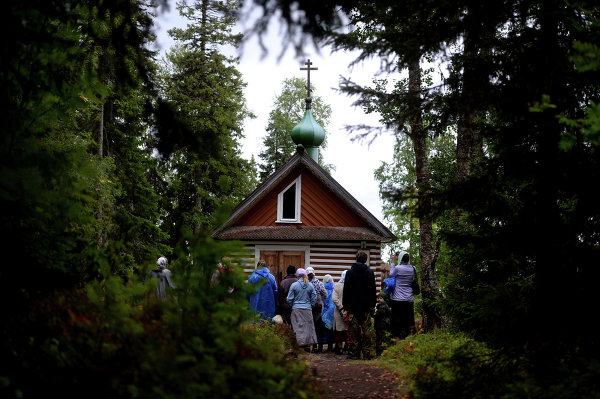 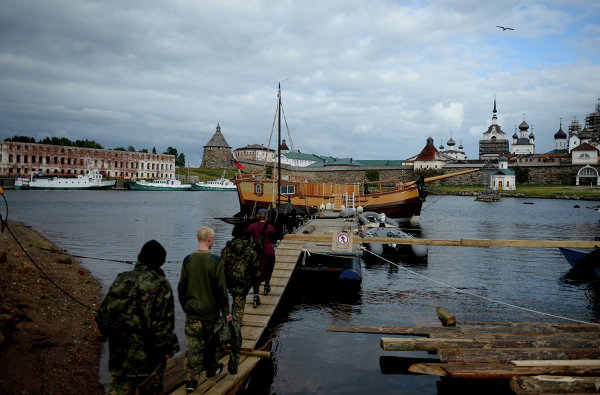 Pilgrims wishing to visit the Solovetskiye Islands are advised to go there during the June 1 – September 30 navigation season, when the monastery can be reached by motorboat. 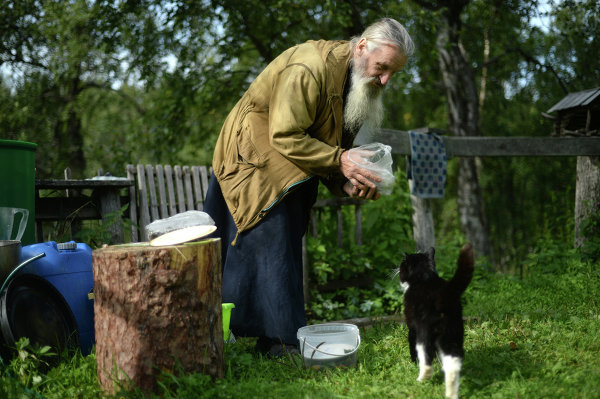 Priest feeding a cat on the Solovetsky Island in the Arkhangelsk Region. 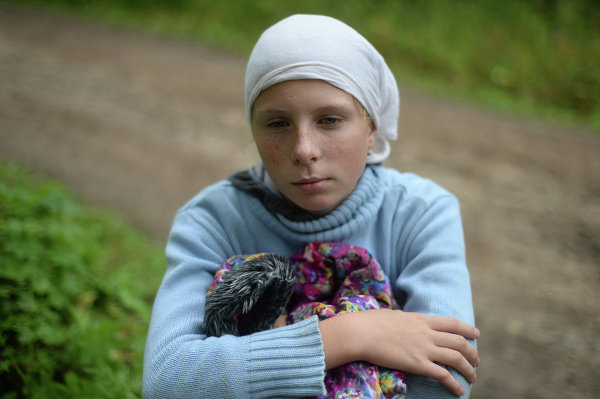 A young pilgrim on the Solovetsky Island in the Arkhangelsk Region.

Most viewed articles
A Great Time to Join the Orthodox Church226
New Jersey Governor Signs Bill Legalizing Abortion Up To Moment of Birth87
The Way of Christ Is The Way of Love76
Metropolitan Hilarion: the Church and traditional confessions have done everything possible to improve the situation in Kazakhstan67
Brooklyn Street Co-Named for Antiochian Pastor Who Served a Half Century There62
First Church in the Antiochian Archdiocese Named for St. Xenia of St. Petersburg Prepares for Feast Day58
My World’s Different48
Patriarch Porfirije of the Serbia: Our Position on the Church Issue in Ukraine Has Not Changed18
4-400×6001
The Apostles’ Fast and Theology1
Most popular authors
Frederica Matthewes-Green226
Pravmir.com team143
Ryan Foley87
Fr. Theodore Stylianopoulos76
Peter Samore62
Protopresbyter Themistoklis Mourtzanos48