Romanians could establish their first monastic community in Japan 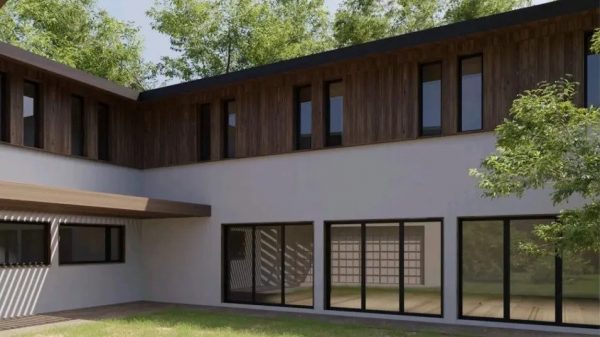 Photography courtesy of the Romanian Orthodox Parish in Tokyo

The Romanian parish priest of Tokyo announced a thought of the Romanian Orthodox community in Japan about the International Orthodox Centre “St. Andrew” at Kitakaruizawa: “Perhaps, if it would be God’s will, this centre will become the headquarters of a small monastic community, the first one in Japan,” Father Daniel Corîu said.

“The idea of St. Andrew’s International Orthodox Centre started from the desire to spend time together in nature and fresh air. The retreats we do every year in the mountains have planted in our minds and hearts the desire to have such a place of our own, where we can go not just once a year whenever we want,” Father Daniel Corîu explained on the new website of the Romanian Orthodox Parish in Tokyo.

In August 2021, the community purchased an approximately 1,000-square-meter woodland at the foot of Mount Asama in the Kitakaruizawa area.

“We were able to draw up a sketch of a complex of about 400 sqm. This complex includes a large dining hall, common areas, a chapel and ten bedrooms,” parish priest Daniel Corîu noted.

“From the idea of using it only for our retreat, we thought that perhaps, if it were God’s will, this centre would become the headquarters of a small monastic community, the first one in Japan. In this way, St Andrew’s International Orthodox Centre aims to become both a centre for physical and spiritual recreation.”

For this purpose, an online fundraiser has been launched.

The Romanian community in Tokyo has also bought a piece of land in Minami-Alps in Yamanashi Prefecture, where it will establish an Orthodox cemetery for Orthodox believers of any nationality residing in Japan.

The Romanian parish in Tokyo was established 12 years ago. The church of the Tokyo Parish was consecrated on November 3, 2020, and is dedicated to Saint George the Trophy-bearer.

The parish has in its patrimony particles of the relics of Saints George, Catherine, Nectarios, Porphyrios and Philothea.

Photography courtesy of the Romanian Orthodox Parish in Tokyo