The Russian Orthodox Church has been subjected to a well-thought-out attack to test the people’s faith. This was stated by its head, Patriarch Kirill speaking on the “Vesti Nedeli” Sunday programme of the Rossiya TV channel. 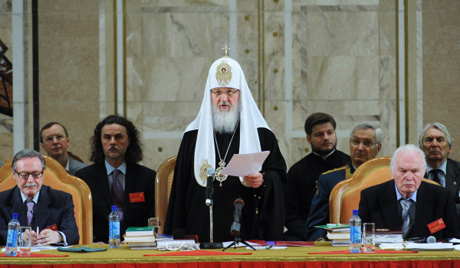 He noted that many people had long buried the ability of the Russian people to defend their values. However, when the Belt of the Mother of God was brought to Russia from Greece millions of people had come to the church to worship it, and those who organized the provocation had realized that strong and united people who are capable of defending themselves were before them, Patriarch Kirill said.