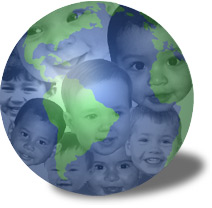 Russia will ban foreign same-sex couples from adopting Russian children, an official said on Saturday, underscoring a growing rift with the West over gay rights under President Vladimir Putin.

Putin said in April that a French law allowing same-sex marriage went against traditional Russian values and signalled Moscow would take steps to ensure gay couples from abroad did not adopt Russian orphans.

An amendment restricting foreign adoptions to “traditional” families will be submitted to parliament in its autumn session by the government, said Alexei Levchenko, a spokesman for Deputy Prime Minister Olga Golodets.

Russian legislation sets several requirements for adoptive parents from abroad such as sufficient income and a clean criminal record. But it does not mention sexual orientation or address the issue of same-sex couples.

Putin has frequently championed socially conservative values and courted the conservative Russian Orthodox Church during a new term he started in May 2012, after a series of large street protests by mostly liberal Russians in big cities.

Homosexuality, punished with jail terms in the Soviet Union, was decriminalised in Russia in 1993, but prejudice runs deep.

A poll by the independent Levada Center found that 38 percent of Russians believe gays needed medical treatment and another 13 percent said they should face prosecution. A March poll found that 85 percent opposed same-sex marriage.

Putin says Russia does not discriminate, but he has criticised gays for not adding to Russia’s population and the ruling United Russia party is backing legislation activists say will amount to a prohibition on public support for gay rights.

Western governments have criticised the legislation and Putin faced protests by supporters of gay rights on a visit in April to the Netherlands, the first country to allow same-sex marriage.

Rights campaigners say Russian orphanages are rife with criminal violations, including sexual abuse. But Olga Batalina, a lawmaker with the ruling United Russia party, said last week that adoption by same-sex families should not be an option.

Russia banned all adoptions by Americans this year in a dispute with the United States over human rights.