Russian Church Bells with Military Symbols to be Sanctified 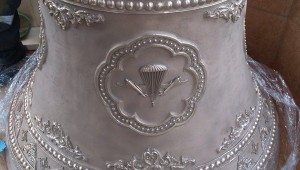 A dozen church bells decorated with symbols of the Airborne Troops will be sanctified on Sunday in an Orthodox church in Moscow’s northeast, a Russian Defense Ministry spokesman said Thursday.

Col. Alexander Kucherenko said it was the first time that bells had been decorated not only with images of saints but also with Airborne Troops emblems and army symbols during the casting.

“Work to cast twelve bells was funded by donations from the Airborne Troops, veterans of combat and counterterrorism operations and their family members,” Kucherenko said. “The bells will be consecrated in the Annunciation Church… that serves the Airborne Troops Staff in Sokolniki.”

After the consecration, the bells will be installed in the church’s belfry. The Annunciation Church, which is currently being restored, is designated as the Airborne Troops’ main church. 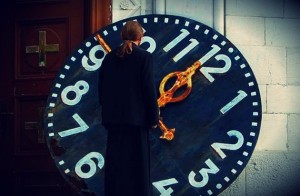 Medicine for the routine: attention to people We must try to throw off the shackles of…

– Your Grace, tell us about your childhood, your family, how you came to the Orthodox…