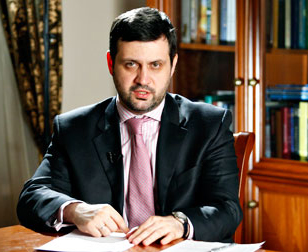 The Russian Orthodox Church expressed hope on Monday that the recent felling of wooden Christian crosses in some Russian cities over the weekend would eventually result in Christianity taking a stronger hold in Russia, and described those acts of vandalism as acts of “cultural self-destruction.”

“Those who have sawn down crosses are trying to force on society a false belief that such acts on the part of an individual for whom nothing is holy and who will not stop before anything to satisfy their own pride and achieve fame is praiseworthy and correct. I hope that, seeing the crucifixes toppled by the vandals, we will remember He who went to the cross to save mankind and assert freedom from sin and love for the far and near in the life of every individual,” Vladimir Legoida, head of the church’s Synodal Information Department, said in a statement released in Moscow.

“Deliberately or unwittingly, consciously or unconsciously, the destruction of crosses challenges the entire cultural history of mankind related to Christ and the Gospels. It is an act that revises and mocks the entire history of Russia, which, more than a thousand years ago, chose Orthodox Christianity to guide its national development,” he said.

It is important to find those who committed the acts of vandalism, Legoida said, but it is more important, he said, that they should see what they have done to their own spiritual life, “because this is nothing else than an act of cultural self-destruction and rejection of fundamental notions of good and evil.”

He dismissed “cynical” attempts to justify sawing down the crosses as a reaction to alleged departures from the secularist principle in Russia.

“The significance of the entire human spiritual and cultural legacy as symbolized by the cross is so universal that not even a non-believer or a non-Christian who has been educated in European culture can support those who commit such acts,” Legoida said.