Russian Church Spokesman: Russia not “Headed by Some Monsters”

Ulan-Ude, August 6, Interfax – The public relations chief of the Russian Orthodox Church has defended Russia’s government, taking issue with the idea that the country is ruled by “some devils incarnate, dishonorable people, crooks and thieves, people playing games that must not be played.” 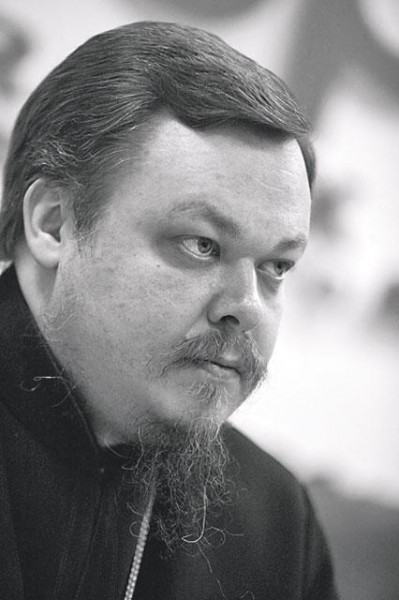 “I’m very critical about a lot of what is happening in the country, but I don’t believe that the country is headed by some devils incarnate, dishonorable people, crooks and thieves, people playing games that must not be played. I don’t think so,” Archpriest Vsevolod Chaplin, head of the Synodal Department for Church and Society Relations, told a conference in Ulan-Ude in the Buryatia Republic in eastern Siberia.

Russia’s leaders are “straightforward people who have their own moral principles, their own convictions, and that is not bad,” he said.

He knows many senior officials personally and they “are not the worst of people,” Father Vsevolod said.

On the other hand, “in actual fact, among the Internet community, in business, among the ideological and political fluff that exists in Moscow there are a lot more people with moral vices than among officials,” he said.

He also took up the state-church relations issue, arguing that it is wrong to bar the Church from secular government affairs.

“From the point of view of Russian civilization, we naturally, organically see relations between Church and state as symphony, harmony, consonance. Of course, there always are some debates between church and state. How much, in the 1990s, and indeed afterward as well, we criticized the economic and social policies of the government, the gap between rich and poor, the thin stratum of people who practiced overconsumption and were brazenly saying to the people, there’s no need for you here!'” he said.

It was a “fatal mistake” on the part of the West that it tried to separate secular government from religious communities, he said.

“When first the religious community of the Catholic Church tried to subject the secular government and then the secular state took historical revenge and ousted the Christian Church from public affairs, all that was an unnatural process – both the former and the latter,” Fr. Vsevolod said.

He cited Byzantium as an allegedly ideal model of a church-state relationship.

State and Church were always together in Byzantium, he said.

“That doesn’t mean that they always had an ideal relationship. They were quarrelling and competing sometimes. But the ideal model was evolved – in good works Church and state must be together. The idea of an allegedly inevitable conflict between Church and state is a false idea, which the entire practice of the majority of civilizations that exist on our Earth proves to be wrong,” he said.

The Russians should “adhere to this position and not try to yield to the information pressure that Western countries are putting on Russia” in this issue, the priest said.