Russian Deputy Calls for Creationism to be Taught in School

A Russian lawmaker has proposed introducing alternative theories of human evolution to Darwinism, including creationist ideas, into the obligatory school syllabus.

State Duma Deputy Vyacheslav Lysakov stressed, however, that he thought the move should not be made immediately, and emphasized it was his personal point of view.

Several Russian papers reported recently that United Russia parliamentarians have proposed changing the secondary school history program to include not only Darwin’s theory of evolution but also faith-based alternatives. 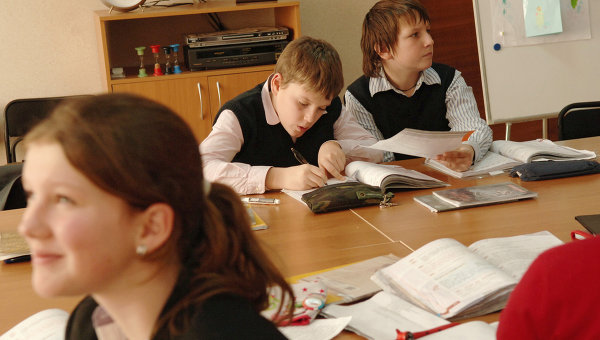 “I was answering the question whether I agree that Darwin’s theory prevails in school books as the only true one. I said probably it is incorrect, considering Darwin’s theory raises serious questions and is widely criticized,” Lysakov said, adding it would be right to set out several theories of human evolution including one based on religion.

“Moreover we have a lot of believers and having only one theory is incorrect,” he said, adding “of course, we are not preparing any law on this.”

Schoolchildren are already taught that Darwin’s theory is not the only theory of human origins, State Duma Education Committee member and former head of Federal Education Agency Grigory Balykhin said.

Starting this year, fourth-graders will have the opportunity to study a new subject, Fundamentals of Religion. As part of this course, they can choose a more detailed study of the principles of a particular religion, the history of all religions in general or can study ethics at their request, he said.

“I think that additional study of this issue in history lessons is unnecessary, as there is a special course for it.” Balykhin said.

Darwin, a British biologist, began developing his theory of evolution and natural selection in 1838 after sailing around the world with the Royal Navy and observing wildlife and plants. His book, “The Origin of Species” was first published in 1859.

The theory suggests natural species, including man, have evolved slowly over time in response to a process of natural selection, in which those with certain advantageous characteristics are most likely to succeed in breeding, passing on those characteristics to subsequent generations.

The theory has since come under criticism from other scientists as well as religious critics who say it is atheistic.