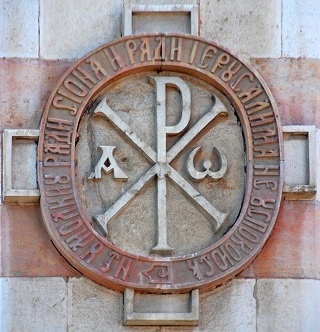 “I believe that we must support the initiative to send humanitarian aid to Syrian Christians who are suffering and have lost their homes, primarily by sending them medications and bandages. The Russian Church stands ready to join this project,” the head of the church, Patriarch Kirill, said at a meeting of the Imperial Orthodox Palestine Society on Wednesday.

The Patriarch argued that ethnic, religious and social divisions were one of the sources of the Syrian crisis. “It is no secret that attempts to divide society are being made in our country as well. One of the motives for this activity is the desire of some forces to undermine confidence in the Orthodox Church,” he said.

“Traditional Russian Christian values must be defended,” Patriarch Kirill said, expressing hope that the Imperial Orthodox Palestine Society “will pursue its peacemaking mission not only in the Middle East but also in our country and in other countries of the Russian world.”

The Imperial Orthodox Palestine Society was set up in 1882 by Emperor Alexander III to organize Russian pilgrim journeys to sacred places such as Palestine, Mount Athos and Bari, assist the Russian Orthodox Church’s service abroad, do cultural and educational missionary work in the Middle East and study the historical heritage of the Holy Land.

The Imperial Orthodox Palestine Society was registered again in May 1992 under its historical name. It has 18 regional branches and is chaired by Sergey Stepashin.