After ten days of debates, France’s National Assembly has approved a law allowing same-sex couples to marry and adopt children. Experts say the move has split France where common law gay marriages are already legal. The bill was backed in the Socialist-dominated Senate while it was opposed by the opposition conservatives and the Catholic Church.

Vladimir Bruter, an expert with the International Institute of Humanitarian and Political Studies comments.

“President Hollande’s Socialists spoke about pushing the law through the National Assembly already before the elections but the voters still supported them encouraging the move. So we can’t say that the French society totally rejects the measure.” 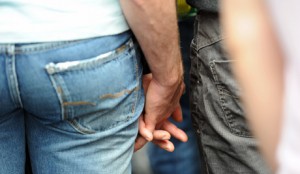 At the same time, the French are rather conservative and affected by the Catholic Church so the bill provoked mass protests of the traditionalistic minority. But France is a democratic country where the majority matters so I would not be talking about a crisis but definitely about a split.

“Splits on such issues are rarely mended democratically. Maybe if the helm is grabbed by conservative MPs they will redefine marriage as a contract but this will be the maximum change. It will not change the situation legally but will be a great social win.”

“In France we have the so-called PACS, a civil solidarity pact, for over 14 years. It’s a form of civil union between two adults (same-sex or opposite-sex). It helped to consider same-sex couples equally to opposite-sex couples. The majority of people, including radical conservatives, now understand that same-sex marriages are normal but things are more difficult with adoptions as this issue has never been properly discussed in France. The recently adopted bill makes PACS an official law but I think we’ll see a surge in gay marriages only in the first two years after it enters into force. Some gay couples dreamt of this for years as they spent all their lives together, had common savings and property and couldn’t even leave this to their partners. But I don’t expect record high numbers in gay marriages.”

Allowing gay marriages is linked to the limits of privacy but adoption is something different – allowing gay adoptions targets reproduction of the majority. If the new law has Parent A and Parent B instead of mother and father, the majority-organized world could shift to favor the minority.

The Catholic Church is concerned as it sees the bill as an attack on the traditional family where a man and a woman have common plans, and ensure succession for future generations. Two same-sex people objectively drop out of these criteria.