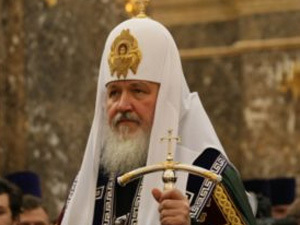 Patriarch Kirill I, of Moscow and All Russia, has described Russian people’s active solidarity with flood victims in the Krasnodar Territory last summer as the main event of 2012.

“The disaster in Krymsk revealed our ability to come to the rescue of people in distress, to help those whom we do not know, and to put aside our own pressing routine concerns. It brought out people’s ability to take others’ troubles as if they were their own ones,” the Patriarch told Itar-Tass in an interview on the eve of National Unity Day. “This was real service in accordance with the Gospels, an instance of self-sacrifice and responsiveness that is so important for our entire society.”

Last summer’s floods in the Krasnodar Territory in early July claimed 153 lives and affected 4,100 households in Krymsk. Humanitarian aid started pouring in from all over the country. The Russian Orthodox Church raised 50 million rubles in aid and bought a home for a large family.”