BELGRADE — The most important request of Serbia in all talks about Kosovo needs to be the return of Serbs, Serbian Patriarch Irinej has said. 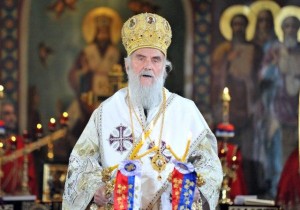 “One of the first steps and items in the talks, today and tomorrow, a condition and request we need to set is the return of a large number of Serbs to Kosovo and Metohija,” he said at a ceremony marking the ninth anniversary of pogrom against Serbs in Kosovo.

Irinej noted that 240,000 Serbs had been expelled from Kosovo and that it was the country’s obligation to help those who still lived in Kosovo and the displaced to return to their homes.

He added that one should not despair over Kosovo’s faith and that Kosovo “is, will be and will remain Serbian as long as it is in our thoughts”.

“If some audacious power makes us lose Kosovo and Metohija, we will always have an example of the Jewish people who waited for Jerusalem for 2,000 years and finally got it,” the patriarch noted.

He underscored that nobody was held accountable for the violence against Serbs that lasted from March 17 until March 19, 2004.

He added that Orthodox churches and monasteries had no value if there were no Serbian people in Kosovo.

“If we survived five centuries under Turks, we will survive this as well. We must not despair,” the head of the Serbian Orthodox Church (SPC) said.

The manifestation dubbed “Crime without Punishment”, which was held at the National Theatre in Belgrade was organized by the Serbian government’s Office for Kosovo. The event was attended by Prime Minister Ivica Dačić.