Sin: An Existential, Not a Legal Issue 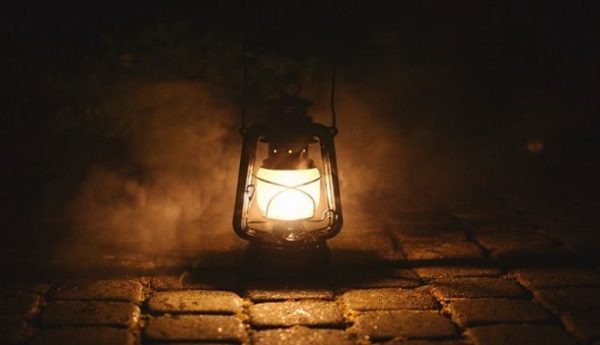 ‘Herein lies the essence of sin: in our lack of trust in and absolute love for God the Creator; and in our total attachment to the ego’.

In society today, in particular, the notion of sin has been deliberately distorted. This is because we dwell on the superficial meaning of the word (‘failure’, ‘missing the mark’) and miss the more profound meaning.

For the Orthodox Church and its theology, sin isn’t a legal event. It’s not merely a transgression, but is rather disobedience to the eternal will of God.

This is why it’s an existential issue. It’s the denial, in practice, on our part of whom we essentially are: that is, the image of God. Saint Makarios the Egyptian has this to say on the matter: ‘For we lost this image when the soul broke the commandment’ (PG, 34 548A).

When the forebears broke the commandment in Paradise, we lost the life in God in three ways: a) we broke off communion with God, our Creator; b) we lost the chance of immortality, through our physical death; c) we deprived ourselves of the conditions necessary for us to achieve ‘the likeness of God’ and thus to acquire eternal life.

As transgressors, we battened down behind our biological and psychological individuality. We ceased to be people with the prospect of communion with God the Creator and with other people and instead have made our way far from God’s ‘will’.

People who commit sins rebel against the will of God and obey their own, impassioned will. This disobedience shows that trust in God has been shaken and, as a result, the prospect of a personal relationship with him has receded. Here, precisely, is where the essence of sin lies: our lack of trust in and absolute love for God the Creator; and our complete attachment to the ego. It’s this egocentrism that leads us to disobedience and therefore into sin.

Unfortunately, disobedient people believe they’re carrying the fight to corruption and death. They’re hopelessly hooked on their individual preservation, self-sufficiency and social standing. What they actually experience in the end, however, is a psychosomatic collapse, within the realm of their egotistical solitude.

Saint John Chrysostom says that the great evil in sin isn’t that it distances us from God’s love, but that it burdens those who have fallen with feelings of shame and humiliation, depriving them of any boldness they might have had before God, and stripping them of all blessings (PG 53, 133).

Saint Basil compares to the tomb the homes of those whose works are dead, since those who performed them are spiritually dead: ‘the homes of such are sepulchers unto the age’ (PG 39, 448 B-C).

The original cause of sin isn’t an emotion or simply a desire, but rebellion against the will of God. This comes either from ignorance of God the Creator or from people shutting themselves away in their own, egocentric space.

As disobedience to the will of God the Creator and as a rift with him, sin brings fallen people to a second estrangement: that from other people. Adam blames Eve and in this way ceases to consider her ‘bone of his bone and flesh of his flesh’ (Gen. 2, 23).

In the end, sin estranges us from God and other people. Even before Sartre made the observation, Dostoevsky had already pointed out that hell ‘is the suffering of being unable to love’. [Brothers Karamazov].

What is needed in the unstable times in which we live is real repentance which will bring us to absolute obedience to God’s will. The resolution to the drama people are experiencing today lies in distancing ourselves from sin through genuine repentance.