Sisi: Egypt will Remain an Example of Peaceful Coexistence 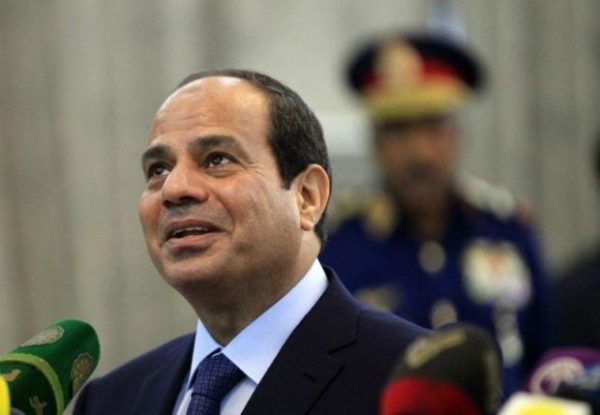 He also stressed Egypt’s keenness to promote the values of pluralism and tolerance, underlining the “long history of forgiveness and love” among the Egyptian people.

Sisi met with a delegation of bishops and representatives of the Middle Eastern Apostolic Churches in Australia and New Zealand on Thursday, according to a statement by the presidential spokesperson Alaa Youssef.

“Egypt will remain an example of peaceful coexistence,” Youssef quoted Sisi as saying.

During the meeting, the Egyptian president reaffirmed Egypt’s efforts to build “bridges of friendship with religious leaders all over the world”, according to the spokesperson.

He also pointed out to the need to unify Egyptians and overcome differences, stating that his country was seeking to achieve full equality amongst all citizens away from any form of discrimination.

According to the statement, the delegation presented its condolences to the Egyptian people for the terrorist attack in Minya last Friday in which 29 Coptic Christians were killed.

The statement added that the delegation expressed solidarity with Egypt and its people in facing terrorism, and their trust in Egypt’s ability to overcome security obstacles.

Meanwhile, a committee assigned with preparing a draft-law on fighting hatred and violence in the name of religion announced the completion of the first draft, to be presented before parliament during its next ordinary session.

According to observers, the law would “contribute to curbing religious hatred and radicalism which are promoted by some extremist groups in the country”.