Speaking the Truth, in Love

Recently, the Orthodox internet was abuzz with the words of Fr. Siarhei Hardun, an Orthodox priest from Belarus who had been invited as an "ecumenical delegate" to the general assembly of the Presbyterian Church, USA. Fr. Siarhei's words were indeed memorable: he said that some of what he witnessed at this meeting seemed like an attempt to "invent a new religion — a sort of modern paganism."
| 08 September 2010 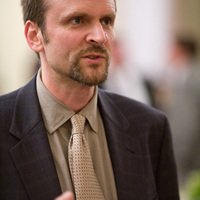 Recently, the Orthodox internet was abuzz with the words of Fr. Siarhei Hardun, an Orthodox priest from Belarus who had been invited as an “ecumenical delegate” to the general assembly of the Presbyterian Church, USA. Fr. Siarhei’s words, which can be seen in their entirety here, were indeed memorable: he said that some of what he witnessed at this meeting seemed like an attempt to “invent a new religion — a sort of modern paganism.” He added that “When people say that they are led and guided by the Holy Spirit to do it, I wonder if it is the same Holy Spirit that inspired the Bible.”

As Fr. Hardun later explained to me, most of what shocked him had to do with the Assembly’s treatment of gay marriage and abortion. While the marriage of homosexual couples was not formally sanctioned by this meeting, nor was the ordination of practicing homosexuals, the discussion was apparently alienating enough to merit comment. However, a provision that was approved by a majority of 60% obliges congregations to compensate their staff who needed time off work to get an abortion.

I have had long experience in ecumenical settings, and have publicly advocated a responsible ecumenical involvement—meaning one that clearly identifies the disagreements as well as the convergences. I am also committed to genuine diplomacy, and specifically to the responsible examination of any issue with attention to factors that either exaggerate or mask theological differences, and which complicate simplistic moral stances. However, I must say that I rejoiced in Fr Siarhei’s simple, powerful witness to this particular meeting, and here is why.

Fr Siarhei was not participating in a multilateral dialogue on Christian ethics. Neither was he engaged in a lengthy study of theological or scientific issues. He was the sole Orthodox Christian witness at the general assembly of a particular Protestant body, and was invited to speak on behalf of his confession. Furthermore, he was given an absurd time-frame of “about three or four minutes” to express his views. 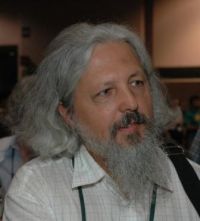 His options were strictly limited: one would have been to keep his remarks to thanks and platitudes, which would have been of no use to anyone. Another tack may have been to take three of his allotted minutes to outline an Orthodox theology of the divine image, indicating why we feel so strongly about abortion and about heterosexual monogamy. But to collapse a theological principle into such a short time is liable to be forgotten as soon as it is uttered. Fr. Siarhei took another option: to establish his identity as an Orthodox Christian, and indicate with absolute clarity that, in the face of all good feelings and intentions, and despite principles that we may hold in common, there is a sharp and unbridgeable disconnect between Orthodoxy and what he was hearing, when it comes to some of our core moral and theological teachings.

In short, this wasn’t a time for either platitudes or hand-wringing, or even for a worthy examination of complicating factors: it was a time to speak a clear, harsh truth, with love. The love was present both in the manner of his delivery, as well as in Fr Siarhei’s specific acknowledgement of the generosity of the PCUSA towards the Orthodox Church in Belarus. But the love was present also in the simple fact that Fr Siarei respected his audience enough to be completely honest with them.

It isn’t always easy to find the approach that will genuinely “hit home,” be heard, and awaken people to the fact of real and tragic divisions in faith. That approach has to be discerned anew every time, based on who you are and who it is you are talking to. Fr. Siarhei, simply by being true to who he is, hit the nail smack on the head: speaking English with a Slavic accent, coming from a context that doesn’t even include Presbyterians. My guess is that if his same words were addressed by an American-born Orthodox convert from Presbyterianism, they would have been dismissed as the railings of a frustrated turncoat. If they had come from an American born, Western-educated theologian, they would be criticized for ignoring crucial subtleties, such as what genuinely constitutes “Paganism,” perhaps.

One constituency would probably have welcomed these remarks no matter who they came from, and that is the important and sizeable group of socially and theologically conservative Protestants who increasingly experience a kind of internal exile in their own churches. Such a contingent warmly applauded Fr. Siarhei’s remarks at the Assembly. Still, each Orthodox participant in such events is called upon to find his or her own genuine voice, and speak it to the actual people present. That doesn’t mean that the theological content will be different: we aren’t supposed to be chameleons. What we are supposed to be is pastoral, which means knowing ourselves and knowing our audience, praying for God’s guidance all the while.