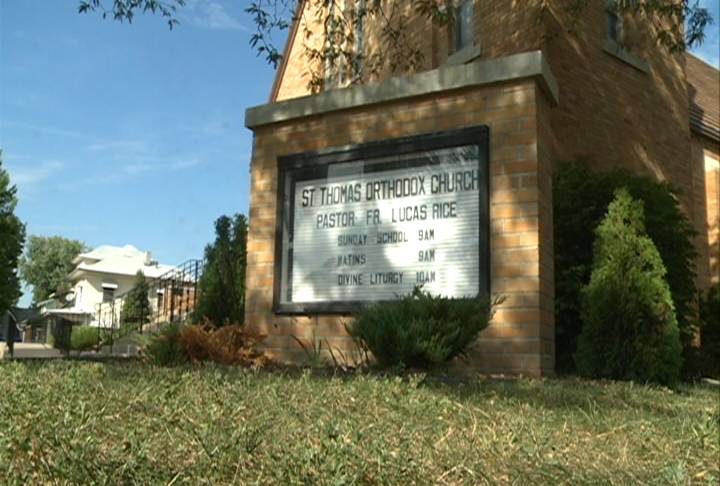 SIOUX CITY, Iowa (KTIV) -Wednesday, Pope Francis declared September 7 a worldwide day of fasting and prayer for peace in the Middle East, reiterating his opposition of military intervention in Syria. The Head Pastor at a Sioux City church is echoing those sentiments.St. Thomas Orthodox Church was founded in 1916 as a parish to serve the needs of Arab immigrants in Sioux City. To this day, many of its the parishioners have long genetic ties to the region once known as Greater Syria. They’re now praying for distant relatives caught in the middle of so much turmoil and strife.

Pastor Lucas Rice says while prayer is a priority among his congregation, it’s not all that it’s involved in as it waits and watches with the rest of the world as to what will happen next in response to the Assad regime’s reported use of chemical weapons.

“Prayer is some ways is the greatest thing we could do but there are also tangible things we can do, so we try to do a little fundraising for our sister churches and many of those churches that have been devastated by this turmoil because Christians as a minority in the Middle East are among those that suffer the most,” said Pastor Rice.

Rice, who knows people who have been personally affected by the strife in Syria, says he cannot condone war and adds he’s encouraging his congregation to pray for a peaceful resolution.

While still enriched by the Arab Christian patrimony of its founders, you typically won’t hear much Arabic at St. Thomas. The church welcomes the spirit of its forefathers, but it’s also home to people of all heritage and backgrounds.