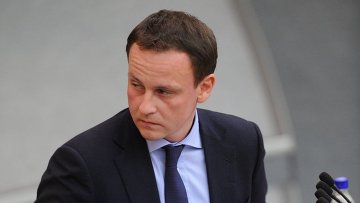 A nonprofit organization financed from abroad and involved in political activity in Russia is to be classed as a foreign agent.

According to this definition, even the Russian Orthodox Church is a foreign agent: it receives donations from abroad and is involved in political activity in Russia.

Representatives of the church have submitted their amendments for the second reading which is expected to be combined with the third reading on July 13.

“We propose that there should be some provisions stating that religious organizations are not subject to this status, so as to prevent the church from being accused of using its influence in politics,” archpriest Georgy Roshchin said. He did not specify the provisions.

According to the head of the State Duma Committee on NGOs Yaroslav Nilov, the amendments to the second reading will be discussed on July 10, but they have yet to be finalized.

Most viewed articles
Finding God through the Psalms144
How Involved Should the Church Be in Politics?107
French Saxophonist Ordained a Priest for Orthodox Parish in Louveciennes105
The Difficulties of Life84
ROC Holy Synod Holds Two-Day Session71
Never Say “I Will Do It Tomorrow”: Elder Dionisie of Colciu’s 112th Birth Anniversary69
Damascus Representation of the Russian Church takes care of schoolchildren with disabilities57
St Vladimir’s Seminary Press Profiles Patriarch Daniel in a New Book: Rebuilding Orthodoxy in Romania40
Chinese version of His Holiness Patriarch Kirill’s book In His Own Words to be presented in Moscow35
Two Lessons from the Cross2
Most popular authors
Pravmir.com team268
Fr. Theodore Stylianopoulos145
Archpriest Lawrence Farley107
Metropolitan Athanasios of Lemessos84
Aurelian Iftimiu69
Ștefana Totorcea40
Maria Trushanina1
Fr. Gabriel Bilas1