Statement by the Synod of Bishops

Recently the Russian media has reported that the President of the Russian Federation, Vladimir Putin, spoke out on the matter of the mausoleum containing the mummified body of Lenin. 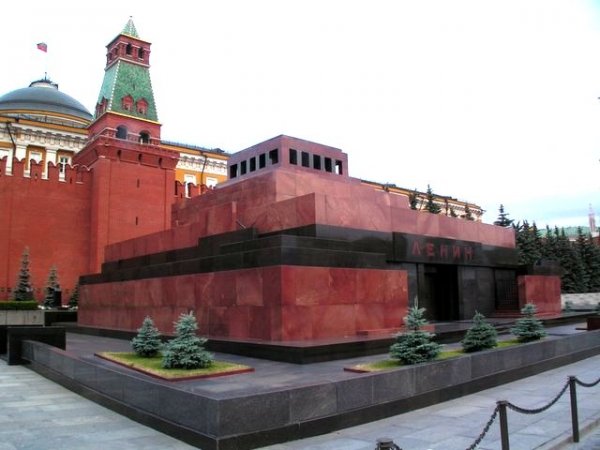 The Synod of Bishops of the Russian Orthodox Church Outside of Russia completely rejects the form in which his thoughts are being reported now, and the conclusions expressed in loud headlines. Brief news items which ignore details can completely distort the truth.

According to the transcript posted on the website of Russian President, Vladimir Putin responded to a statement made by a “trusted individual” in which Russian television was harshly criticized. Mr Putin admitted that there is a problem, and noted the “loss of certain guideposts.” Expecting attacks from “colleagues on the left,” and referring to the “code of the builder of communism,” he further pointed out that communists had borrowed liberally from “traditional world religions” : concepts were “borrowed from them,” “tradition was usurped,” and in fact, this was done “competently, in accordance with the standards of that time.”

Those times were terrible, of course, times when blood flowed freely.

Essentially, the president emphasized the thievery and deceit which accompanied the communist approach to human life, and we believe that this should be interpreted as their policy of confiscation. Still, a proper assessment of the matter in open discussion was absent, and the possibility presented itself to ignore the intended meaning of certain concepts, and so to improperly introduce absolutely opposite meanings. And so arose the pretext to state that Mr Putin ostensibly “compared” the uncorrupt relics of the Saints (and consequently of their way of life) with the mummified body of the main “builder of communism” whose criminal acts cost the peoples of the former Russian Empire millions of lives.

A confused discussion thereby commenced on the matter of “returning to our roots” (which roots?), to “address education,” “including the teaching of patriotism on our traditional foundations.” What concrete “traditions,” what kind of “patriotism”is this intended to mean? These are questions that disturb many of our compatriots not only in Russia, but also Russians living abroad, not least of whom are our faithful believers.

The difference is clear. Believers, of course, do not go to “view” the relics of Saints (especially since they are usually under cover), no, they go to pray to God, and Mr Putin is quite aware of the living presence of the Saints in the mind of the Church and of society, which is different than that of the communist world view. We deem it impossible to ascribe to the Russian President a “comparison” between the Saints of the Kievan Caves and Lenin.

One cannot but be disappointed at the misinterpretation of the very moral “guideposts” being discussed. The reaction of a segment of society, though vague, still evidences sensitivity, and should be instructive for us. To wit: the extended, tedious confusion in the discussion of genuine Russian spiritual traditions, as we can see, is no accident. In evidence is the lack of clear moral judgment of the regime which suppressed human individuality for decades . This has had a lethal effect on the life of the people f or over two decades , and it continues to spiritually destroy Rus?. We cannot achieve the genuine renewal and rebirth of the people and the country without an honest appraisal of the past.

Equating of the Cross of our Lord with the militantly-atheistic red star cannot be justified. Attempts to hold on to the latter will not lead our people onto the bright path of vibrant fruitfulness. Therefore, as one of many small steps, we recently supported an initiative (a request by the Investigative Commission of the Russian Federation) to make a conclusive analysis of the actions of Lenin. A profound comprehension of the meaning of Russian history is needed for the sake of absolving her future path of the consequences of deceit and false substitutions.

+Mark,
Archbishop of Berlin, Germany and Great Britain Diocese.
First Deputy of the President of the Synod of Bishops.

+Gabriel,
Archbishop of Montreal and Canada.

+Peter
Bishop of Cleveland, Administrator of the Diocese of Chicago & Mid-America.

+George,
Bishop George of Mayfield, Vicar Bishop of the Diocese of Eastern America and New York

+Jerome
Bishop of Manhattan, Vicar Bishop of the Diocese of Eastern America and New York, Deputy Secretary of the Synod of Bishops