Swimming Away From The Dead Sea 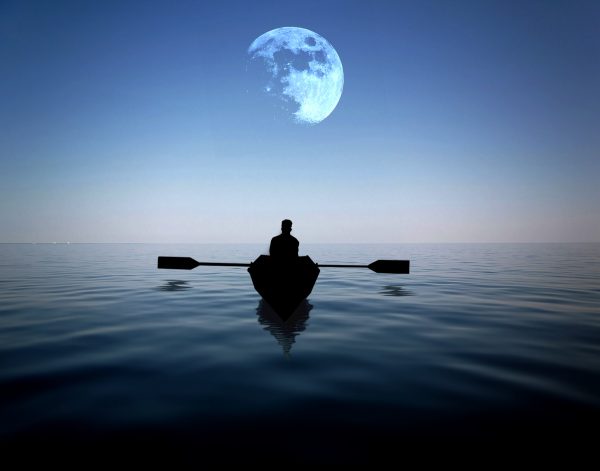 From the beginning of the world, ever since Adam and Eve stopped looking outwards towards God and inwards towards themselves, the earth had been waiting for a Messiah.  All of this feasting these past few weeks have been because that day had finally come.  God came into the midst of His creation in the middle of a cave, lying next to animals and filth, showing us once and for all by his example of how mankind was meant to live…with complete humility.

After the Nativity of Christ, we don’t hear much in the Gospels about His life until he began His public ministry.  Mankind was still searching the darkness for the light of Christ, not knowing that it was now among them.  To fulfill what was spoken by the prophets, Jesus needed an introduction:  The voice of the one crying out from the wilderness, St. John the Baptist.

We were reading in the Akathist service for St. John on his feast day this week that he was like the morning star that comes up before the Sun.  St. John pointed the way for Christ to bathe the world with His Light.  The example by which he fulfilled his role, and way that he lived his life, echoed that of Christ’s shining example to the world:  Complete Humility

St. John didn’t care what others thought of him.  This great messenger of God didn’t live in a palace, but rather in a dessert.  He didn’t eat the finest of foods or drink the best wines.  He ate locusts and wild honey. He wore camel hair clothes with a leather belt.  John’s message to the people of the world was the exact same message that our Lord began His public ministry with.

First, they give us the example of humility, and then comes the action verb:  Repentance

“Repent, for the Kingdom of Heaven is at Hand.”

If you don’t think that humility and repentance are the two most important themes of the Gospel, of the lives of the Saints, and of the Church itself, then you haven’t been paying attention.  In Great Lent, every other word that is said in the services has to do with repentance and humility.  It is EVERYTHING…and that is why it is SO HARD to do!  Living this Christian way of life is extremely difficult, which is why so many in the world just refuse to do it.

On a macro level, we live in a day and an age where living a humble life is seen as a weakness, and where words like “Pride” (the most dangerous of all the passions) is celebrated.  On a micro level, in the comfort and privacy of our homes, it is hard to stay humble.  It is hard to change because we are simply too comfortable with where things are at.

There is an image that I often see make its rounds around theophany, of fish trying to swim upstream in the River Jordan.  These fish instinctively spend their entire life swimming North, towards the fresh water source of the Jordan, because they know that if they get swept up in the current, they will be deposited into the Dead Sea, which is so full of salt that nothing can survive.

As fish in the streams of life, we have this same option don’t we?  We can either spend our lives swimming against the current…against the flow…against the complacency…so that we can move towards the source of Life…or we give up.  We let our passions take control.  We refuse to change.  We refuse to live humble lives and we get swept up by the flow and carried to our own spiritual death.

The dead Sea isn’t far behind our fish tails.   St. John of Damascus used to remember this reality every day before he went to sleep.  He would look at his bed and say:

“O Master Who lovest mankind, is this bed to be my coffin?  Or will You enlighten my wretched soul with another day?”

Did St. John say this to sound morbid? Who wants to think of their own death before they go to sleep?! No, St. John said it to remind himself that if he is blessed with another day, it was given to him as another chance to live humbly and repent.

Today might be the last day that we have to swim up-river…to come into contact with the source of all life. Today could be the last moment that we are able to participate in the Divine Eucharist…to truly come into communion with Him Who is Life.

Repent, for the Kingdom of Heaven is at hand.  These aren’t just empty words, but rather a reminder to us that each moment is given to us for repentance.  Every second is a gift from God Himself for us to live humbly…to love more…to pray more…and to grow more.  This is a model, not just to hear about or to study, but to LIVE by.

May our Lord continue to bless us with the strength to live humble lives of repentance!