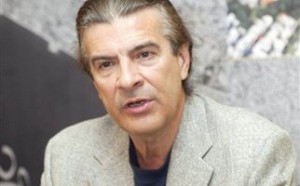 A proposal by a Member of Parliament from the major opposition Coalition of the Radical Left (SYRIZA) party for separation from the government with the Greek Orthodox Church – and a tax on those who declare themselves to be Orthodox Christians – has prompted an angry response from the ruling New Democracy Conservatives.

Speaking at a conference organized by the theology department at Aristotle University, SYRIZA lawmaker Tasos Kourakis spoke in favor of a separation of the Church of Greece and the state with the church funding itself rather than via state coffers.

Kourakis added that another option would be to impose a church tax on all Greeks who declare themselves to be Christian Orthodox. The MP said the revenues raised could be used to cover church costs and clerics’ salaries. Similar taxes apply in other European countries, including Germany.

New Democracy issued a statement condemning Kourakis and SYRIZA, likening the proposal to “Stalinist measures” and arguing that it would be unconstitutional as it would discriminate between Greeks based on their religious beliefs. As many as 96 percent of Greeks have reportedly said they are Orthodox believers. The government pays the salaries of priests and the church has been fighting attempts to impose more taxes on the institution during the country’s crushing economic crisis.

SYRIZA opposes the terms of bailout conditions that have kept the economy from collapsing but imposed big pay cuts, tax hikes and slashed pensions. The party is a motley collection of Communists, a doctrine that forbid religious worship, as well as other far-Leftist elements that include some who declared themselves to have anarchist backgrounds.

While SYRIZA leader Alexis Tsipras has been in the U.S. on a tour to convince skeptics that his party is not extremists, his lawmakers have been increasingly speaking out against the coalition government, with New Democracy claiming the Leftists want to bring down the government and are fostering political violence.