The 20th Anniversary of the Repose of Protopresbyter John Meyendorff 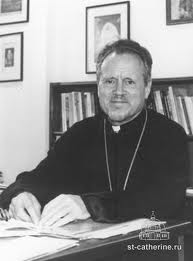 Sunday, July 22, 2012 marks the 20th anniversary the repose of Protopresbyter John Meyendorff, Dean of Saint Vladimir’s Seminary from 1984 until 1992.