The 30th Anniversary of the Repose of Protopresbyter Alexander Schmemann

Friday, December 13, 2012, the Feast of Saint Herman of Alaska, marks the 30th anniversary of the repose of Protopresbyter Alexander Schmemann, Dean of Saint Vladimir’s Seminary and a leading 20th century Orthodox Christian theologian. 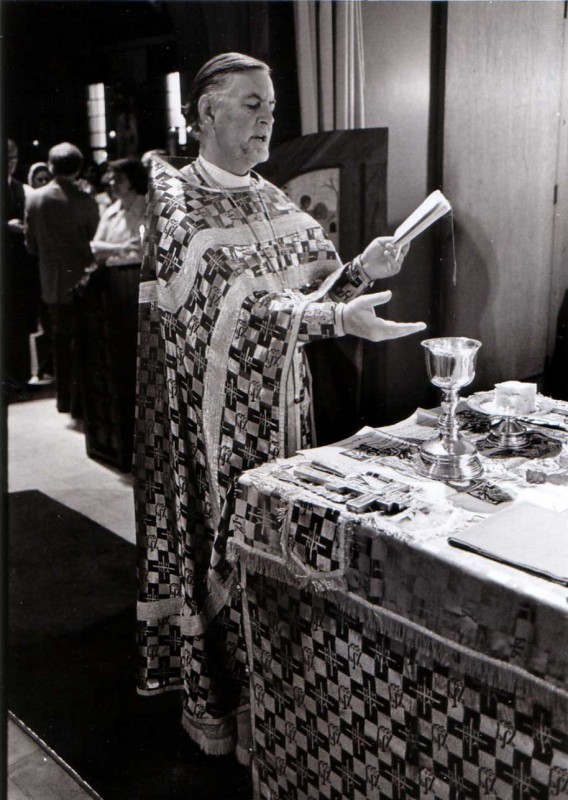 Father Alexander was born in Estonia in 1921 to a family of Russian emigres. He spent his youth in France, where he received his secondary and university educations. He also completed theological studies at the Orthodox Theological Institute of Saint Sergius in Paris, which at that time was the center of Russian Orthodox scholarship after the turmoil of the Russian Revolution of 1917.

Ordained to the priesthood in 1946, he taught Church history at Saint Sergius Institute until 1951, when he was invited to join the faculty of Saint Vladimir’s Seminary, at that time located in New York City. He was soon recognized as a leading exponent of Orthodox liturgical theology, which sees the liturgical tradition of the Church as a major sign and expression of the Christian faith.

In addition to teaching at Saint Vladimir’s, Father Alexander held positions as adjunct professor at Columbia University, New York University, Union Seminary, and General Theological Seminary in New York and was a popular guest lecturer at many universities throughout the country. He was also active as a representative of the Orthodox Church in the ecumenical movement, and held positions in the Youth Department and the Commission on Faith and Order of the World Council of Churches.

Appointed Dean of Saint Vladimir’s Seminary in 1962 – a position he held until his repose – he was instrumental in educating a generation of Orthodox Christian priests. During his tenure, the seminary achieved widespread recognition as a center of Orthodox theological studies.

Over a dozen books written by Father Alexander have been published in multiple languages and continue to be widely circulated, including For the Life of the World; Introduction to Liturgical Theology; Ultimate Questions; Church, World, Mission; and numerous articles and tracts. For the Life of the World, a popular volume on Christian faith as reflected in liturgy, has been translated into numerous languages and remains one of the most popular works on Christianity for the general public. He completed a major study on the Eucharist only weeks before his death.

Since his repose, Saint Vladimir’s Seminary has hosted the Annual Father Alexander Schmemann Memorial Lecture. This year’s lecture, titled “On ‘The Mystical Theology of the Eastern Church’” will be delivered by Archpriest Dr. John McGuckin, a leading international commentator on Eastern Orthodox theology and early Christian history. The free and public lecture will be held on Friday, January 31, 2014, after an academic convocation at 7:30 p.m., during which Father John will be awarded a Doctor of Divinity degree honoris causa. Father John is professor of Byzantine Christian Studies at Columbia University, and Union Theological Seminary’s Ane Marie and Bent Emil Nielsen Professor in Late Antique and Byzantine Christian History. Additional information may be found on the seminary’s web site.