The Biggest Problem in the Church 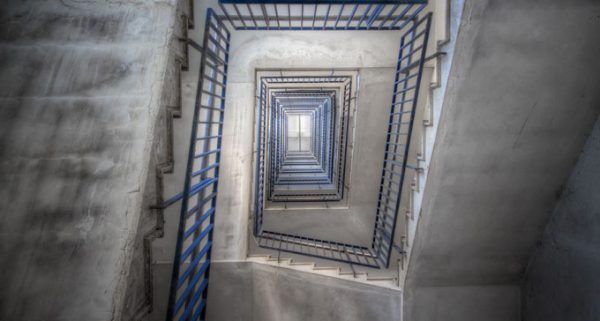 Today’s gospel passage is frightful to me because it gives us an example of the ways in which the faithful religious observer or even the leader of the religious community, in this case, the synagogue, can lose their way as they seek to do God’s will. We can be deceived or blind to the fundamentals of a living faith, a living relationship with the Lord. We see this from the ruler of the synagogue as he is angered and tries to correct the Lord Jesus. What was it he was trying to correct? What caused him to become angry and to sternly attempt to rebuke the Lord? What had the Lord done that was improper according to the ruler of the synagogue? What was his egregious error? He healed a woman on the Sabbath day.

As you probably know, honoring the Sabbath day is one of the ten commandments and this law was followed quite religiously by faithful Jews. On this day it was not permitted that any work should be done. In fact, ultra-orthodox Jews still obey this with exactitude. They cannot so much as turn on the oven or switch the lights on or off because that is considered breaking the law of God. There is much to be admired about their zeal and their exactitude for the rules and the law. There is much to be admired regarding their attempts to be faithful and obedient. Yet there was a problem in the application of this law and the understanding of it’s context.

The encounter between the ruler of the synagogue and the Lord Jesus Christ provides for us, an image of stark contrasts between the one who is religious and the One who is faithful, merciful and full of love. After all, what is the point of a relationship with God and with His Son and Spirit? Is it to allow us to become better at following a list of rules? No, my friends. A relationship with God energizes us and should allow us to look past the outer appearances, to get past the superficial and into the heart of the situation.

What frightens me most about this reading and about many of the gospel passages concerning the Pharisees is that I am convinced that in most of these cases, the people in question, firmly, deeply believed that they were honoring God by their religious exactitude. Yet in every one of the cases, the Lord shined the light of His truth and revealed a different picture.

In today’s gospel, the Lord Jesus is corrected for healing a poor woman, who had been sick for eighteen years. He is told that any work, including healing, is to be done on any other day than the Sabbath. The Lord responds to the ruler of the synagogue when He says “Hypocrite! Does not each of you on the Sabbath untie his ox or his ass from the manger, and lead it away to water it? And ought not this woman, a daughter of Abraham, whom Satan bound for eighteen years, be looses from this bond on the Sabbath day?”

It becomes clear from the words of the Lord Jesus that the ruler of the synagogue had forgotten the most important issues of the faith by focusing so much on the keeping of the law. In fact he was so blinded by his legalism that he forgot that he himself went out on every Sabbath to untie the farm animals and give them something to eat and drink. He himself broke the law on a regular basis. Yet, his blindness extended further because he could not see and have mercy on a woman who came to the synagogue and so desperately needed it. She who was bound by Satan for eighteen years with a terrible affliction, was now being further bound and constrained by a man who thought that he was being faithful to God, yet in his faithfulness to the letter of the law, he lost all sense of the meaning of the law of God. The Apostle Paul tells us that the law was a tutor until the coming of Christ. It was meant to teach and instruct, but what was the substance and essence of this teaching and instruction? What was the point of the law? The point was to bring us to full, complete love and devotion towards God our creator and to teach us to have mercy and love on our neighbor. If our application of the rules and laws does not do these two things, then it is to be rejected.

It is sad to say that even though we are no longer under the Mosaic law, even though we have the revelation of the Lord Jesus Christ to enlighten and teach us, we still have to deal with such legalism and those who focus on outward appearances even now. There is within every religious community and certainly within Orthodoxy, those that look to religious exactitude and practice as if it is the means to their salvation. Very often this group will be inspired by some monasticism or by the guidance of a monastic elder or father. Monasticism has its proper place, application and strictness under the guidance of an abbot or abbess who is the spiritual father or mother of the community. And while there is certainly value in many of these practices, the insistence on them as being necessary for salvation is to be rejected. Only Christ can save and He does this by His grace and not by our works of the law, whether you replace the Jewish law with any other form of law.

If we over-emphasize those superficial aspects of religious practice, we are likely going to be like the ruler of the synagogue (who knew the law quite well) but had many blind spots regarding his own practice of faith. We will miss “the weightier matters of the law” that the Lord is constantly speaking of; justice, and mercy and faith. As it is written in 1 Samuel 16:7 “For the Lord does not see as man sees; for man looks at the outward appearance, but the Lord looks at the heart.”

When you come to the church you are not to look all over the place at who is wearing what clothing and what hairstyle. You are to look to the icons for inspiration and hope that God can refashion you and transform you into one of His saints. And then you are to undertake the difficult task of refraining from looking at others and look within yourself, because that is where you will find the most glaring deficiency in the Church.

It reminds me of G.K. Chesterton who once wrote in to the local newspaper to reply to a question they had asked, which was, “What is wrong with the world?” His reply was only two words long “I am.” Likewise, anyone who looks around and doesn’t see that the biggest problem within the Church is themselves is in delusion of the gravest sort.

It behooves us not to be dragged down by those who would emphasize outer appearances and transform the Church into a place of judgement. The Church cannot be reduced to a place of rules and religious minutiae. Christ desires much more for us. Once we go down that road, the Church loses its distinctive appearance and gift as a place of healing, a place where we freely enter into the warm embrace of our Father. The ruler of the synagogue forgot that that was the purpose of the synagogue, and of the law, to bring people to his heavenly Father. He forgot that God is the God who desires mercy and not sacrifice. He forgot to rejoice in the great miracle that happened right before his very eyes. He was blinded to all of this out of his love for the law.

In trying to judge others shortcomings, he failed to see his own deep failings. The woman was much better off because she was aware of her sickness and she knew of her need for God’s mercy. He failed to see his need for the mercy of Our Lord Jesus Christ. May we know our own weakness and our own frailties. May we know them and seek the physician, who alone can heal us.

May the Lord help us to seek God’s mercy and to be vessels of this mercy for others. Glory be to God forever, AMEN.

Our gospel reading today is given to us on the day that we celebrate St. Gregory Palamas, the…

This is the Victory

Jesus Christ existed (and continues to exist). He is not a myth or a legend. We know that…