Source: ROCOR
The history of the Church shows that the Church does not have indispensable people, and the Holy Spirit will always find another who will take the place of one who becomes unworthy. It is a great mercy of God to be allowed to serve or to help serve in Church, to enter into the earthly heaven—the altar—to approach the holy Mysteries, to sing or intone church prayers.
Saint John of Shanghai and San Francisco | 22 August 2015 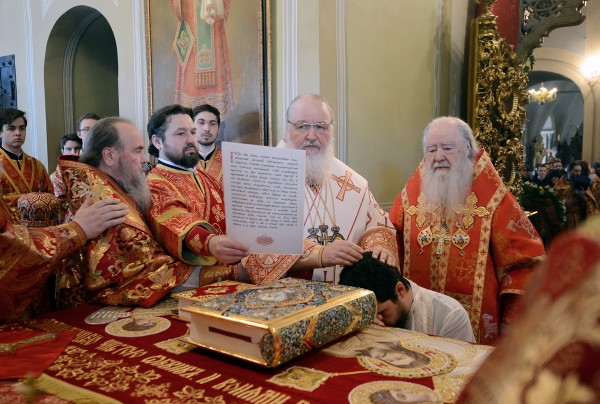 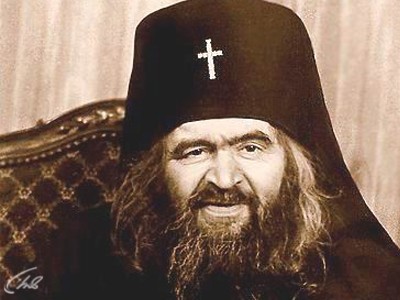 Holy Apostle Matthias, during the earthly life of Christ, was among the seventy apostles, not among the twelve.

This even occurred after the Ascension of the Lord into heaven: During a prayerful gathering, at which some one hundred people were in attendance, Holy Apostle Peter said to all that Judas Iscariot had fallen away from the ranks of the apostles, having become a betrayer, and recalled the words of the 109th psalm, in which the Holy Spirit, through the words of the psalm-singer David, speaks of the unrighteous one: “his bishopric let another take,” meaning that another should assume his office. In fulfillment of the words of the psalm, Apostle Peter offered to elect two candidates before the Lord, whom the Lord would then select, and include him among the twelve. Elected were Matthias and Joseph, who was also called Barsabas, and when the Lord, through the drawing of lots, indicated Matthias, he was included among the twelve.

So the number of twelve apostles of Christ was restored, and Matthias, after the Ascension of the Lord to heaven, took his place on par with the other apostles in grace and authority, and also, as did they, he preached, healed the sick, performed miracles and suffered for Christ.

It is a profoundly instructive event for us. It teaches us that the Church of Christ shall never be impoverished and shall not remain without the servants it requires. “I will build my church; and the gates of hell shall not prevail against it” (Matt. 16:18), said Christ.

The Church is a spiritual union of all those who keep the true faith, headed by Christ Himself, and its goal is the spiritual perfection of its members. The earthly part of the Church, in preparing its children for passing into the heavenly part, needs pastors and other servants for the achievement of its goal. It will not be prevailed upon by the gates of hell, its grace is inexhaustible and shall never want for that which it needs.

Great is the mercy of God to be called to be among them, but not all who achieve it are worthy, and many who are called are not chosen. It was not only Judas who fell from the ranks of the apostles. From among the first seven deacons appointed by the apostles, one—Nicholas of Antioch—fell from the Church and became a pagan priest who established his own sect. From the ranks of the seventy apostles, four lapsed from Christianity, but the Church did not suffer this loss and remained whole. The vacated places were taken by those more worthy.

Despite the falling away of Nicholas, the deaconate established itself in the Church and it multiplied, existing to this day.

Despite the falling away of bishops, priests and other servants of the Church in later times, it did not suffer harm, and their places were taken by others.

Nestor, the Patriarch of Constantinople, fell into heresy, and he was replaced by one more worthy, St. Anatolius. Dioscurus of Alexandria fell into monophysitism, other hierarchs fell into other heresies, but the Church remained undamaged, and the places of those who fell away were filled by those more worthy, and often by holy men.

Many clergymen renounced Christ during persecutions, and many even in peaceful times left the priesthood for earthly reasons or for personal weaknesses, departing the life of the cloth to a lay existence.

But whatever the motivations or reasons for this: whether the servants of the Church betrayed the Christian faith or simply left their rank, the Church was never left in need. Those who fell away were always replaced by others, whom no one had even considered before, and upon whom those who departed looked with derision.

God’s Church will never lack the number of bishops, priests, deacons, readers, singers and altar boys it needs. For this reason, those who were called to serve at the altar or on the kliros must bear in mind that they must not become unworthy and must not be cast out. The history of the Church shows that the Church does not have indispensable people, and the Holy Spirit will always find another who will take the place of one who becomes unworthy. It is a great mercy of God to be allowed to serve or to help serve in Church, to enter into the earthly heaven—the altar—to approach the holy Mysteries, to sing or intone church prayers.

That is why those who earned that mercy must fulfill their work with reverence, remembering the words of the psalm-singer: “Worship the Lord with reverence and rejoice with trembling” (Ps. 2:11), as well as those other terrible words: “Cursed be the one who does the Lord’s work negligently” (Jer. 48:10). “See that ye refuse not him that speaketh,” that is, do not turn away from him that speaks to you (Heb. 12:25). “Hold that fast which thou hast, that no man take thy crown (Rev. 3:11).

It is a fearsome thing to become unworthy of the sacred place, or, faltering, to leave it. After departing, many sense what they have lost and desire to return to their previous worthiness, but these doors are closed, as they were for the five unwise virgins. 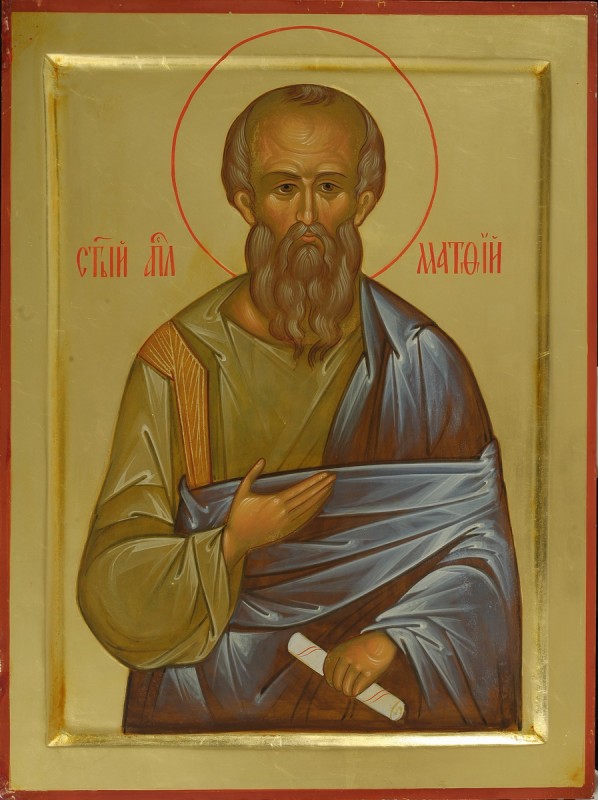 May the memory of Apostle Matthias and his prayers strengthen us in serving without blemish, so that we do not lose our priestly place on earth, and in heaven that we may be worthy of the Kingdom of God, where even now stands at the Throne of God he who filled the ranks of the twelve, Apostle Matthias.

Good Friday: Why the Wise Thief Was Pardoned

The faith of the thief, born of his esteem for Christ's moral greatness, proved stronger than the faith…