The Dormition Fast: Is There a Sea in Which One Cannot Drown?

Archpriest Igor Pchelintsev | 14 August 2015
By many temptations am I distressed; in search of salvation, unto thee have I taken flight; O Mother of the Word, thou Ever-virgin, from all ordeals and afflictions deliver me (The Small Canon to the Theotokos, Ode One). 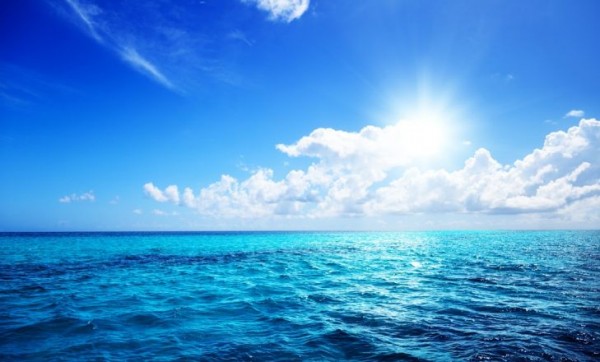 Summer is over. The majority of people have completed their summer chores: gardens, vegetable patches, holidays, overseas trips, vacations, and the like. It is here [in the Holy Land], sitting on the edge of the desert, that it seems like there is no end or boundary to the summer or the heat; but in Russia, at home, everything is already reaching its natural limit. Orthodox Christians are preparing to meet the feasts of the Transfiguration and the Dormition of the Theotokos. And, according to the long-standing Tradition of the Church, the main preparation for great feasts takes place in prayer and fasting.

The majority of readers know that the Dormition Fast is strict – practically as strict as the Great Fast. Fish is not eaten except on the Lord’s Transfiguration and before the Transfiguration the fruits of the new harvest are not eaten – in terms of food, in principle, everything is clear.

But the fast is, above all, a school of divine love. It is a clear, simple, and understandable means, given by the Church, to resist evil – both from the outside and from within. The Dormition fast is, moreover, a labor of gratitude that the believer can offer to the Mother of God.

We cannot by any means forget the Mother of God: such a time has arrived that without her grace-filled protection it is difficult, if not impossible, to resist the evil, wickedness, and cruelty of the world. And through her maternal affection for our Savior, we can receive a strengthening of our spiritual powers, which can prove to be vanishingly small. 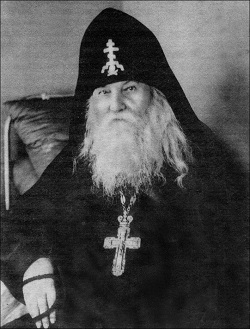 In preparation for giving a sermon in church on the eve of the Dormition Fast, I remembered an absolutely remarkable holy man: Schema-Archimandrite Gabriel (Zyryanov). For me, the image of the Elder Gabriel of the Spaso-Eleazarov Monastery has long been connected in my mind with the image of the Venerable-Martyr Grand Duchess Elizabeth Feodorovna, who for many years was under the care of the Elder.

And through St. Elizabeth, her ministry in the Holy Land and her shrines, the Elder Gabriel has acquired a new “Jerusalem resonance.” Here is a small excerpt from the life of the Elder, compiled in 1915 by Archimandrite Simeon (Kholmogorov):

“The soul of the young ascetic… began seeking to acquire this grace-filled love.

“ ‘Everyone labored as he was able, and I took what was easiest for me,’ Father Gabriel would modestly recall.

“ ‘One brother would fast, another pray, one enter the very depths of his soul, and I fell in love with this one – that is, love,’ Father Gabriel would often say.

“Love according to the Apostle is ‘the unity of perfection, the queen of the virtues.’ To acquire this grace-filled love, it is necessary to have great courage, humility, passionlessness, understanding, discernment, grace-filled purity, chastity; in general, a life according to the will of God, out of love for God and without the least self-interest; love towards everyone for the sake of love towards God. Not without reason did the Apostle Paul say: ‘Though I speak with the tongues of men and angels, and have not charity (love), I am become as sounding brass, or a tinkling cymbal. And though I have the gift of prophecy, and understand all mysteries, and all knowledge; and though I have all faith, so that I could remove mountains, and have not charity (love), I am nothing. And though I bestow all my goods to feed the poor, and though I give my body to be burned, and have not charity (love), it profiteth me nothing.’ ” (I Cor. 13:1-3).[1]

These words of a now-glorified great ascetic of the Russian Church will, I hope, serve as an illustration of what is the main priority in the spiritual life of an Orthodox person. And the purity of soul, chastity, the restoration of chastity in man, understanding, and discernment spoken of above are granted by God for repentance, humble prayer, and sober fasting.

It is well known that in Israel is the Dead Sea – or, more precisely, not only in Israel, for half of it belongs to Jordan. In this sea it is very difficult to sink. The salinity of the water is such that one cannot dive into it. Thus one swims on the surface, sitting down or lying on one’s back. Certain desperate daredevils try to swim on their stomach, although this is prohibited by rescuers. One can take a sip of the water and either get poisoned or drown, practically without plunging into the water…

But there is also a sea into which one can immerse oneself to the infinite depths and never drown in. On the contrary: one will acquire a crystal-clear, sober understanding of God and man, far and near, and be cleansed of all inner nothingness (“nothingness negates” is said of demonic machinations).

This is the sea of divine love and mercy. It is a living sea, awakening those who drown in it to life. This is what fasting and prayer are, what they are supposed to be. This is more than just a herring tail secretly consumed on a fasting day…

And here is something practical for the beginning of the Dormition Fast. The Elder Gabriel left his children a spiritual testament, which is short but very insightful. The value of the Elder’s practical advice lies in the fact that in it is the whole experience of his spiritual activity. There is great love for the Lord and boundless trust and veneration for the Theotokos.

And the prayers that the Elder recommends praying are not some “special” ones, as priests are sometimes asked: “Is there a special prayer for this particular occasion?” They are known to the churchly person, who hears them often in church and prays them himself. But perhaps, too mechanically? Or simply without love?

“Soon perhaps, I will die. I leave you an inheritance of great and inexhaustible riches. There is enough for everyone, only they must make profitable use of it and not doubt. Whoever will be wise enough to make use of this inheritance will live without want.

“First: when someone feels himself to be a sinner and can find no way out, let him shut himself alone in his cell and read the Canon and Akathist to Sweetest Jesus Christ and his tears will be a comforting remedy for him.

“Secondly: when someone finds himself amidst misfortunes of any kind whatsoever, let him read the Supplicatory Canon to the Mother of God, Distressed by Many Temptations, and all his misfortunes will pass unnoticed from him to the shame of those who assailed him.

“Third: when someone needs inner illumination of the soul, let him read the 17th Kathisma with attention, and his inner eyes will be opened. The realization of what is written in it will follow. The need to cleanse the conscience more frequently in Confession and to communicate of the Holy Mysteries of the Body and Blood of Christ will arise. The virtue of compassion for others will be manifest, so that we will not scorn them but rather suffer and pray for them. Then, inward fear of God will appear, in which will be revealed to the inner eye of the soul the accomplishments of the Saviour – how He suffered for us and loved us. Grace-filled love for Him will appear and with the power of the Holy Spirit, Who instructs us in every ascetic labor and teaches us how to accomplish His will for us and to endure. In our patience, we will perceive and sense in ourselves the coming of the Kingdom of God in His power, and we will reign together with the Lord and become holy.

“This world will not appear to us then the same as it appears now; however, we will not stand in judgment, but Jesus Christ will judge. We will see the falsity and sin in the world, but only through the Saviour’s eyes, and we will partake of truth in Him alone.

“Falsehood! We see it and yet we do not. This world with all its deceptions will pass away never to return, for it is a lie. Christ’s truth shall endure unto the ages of ages. Amen.

Try during the coming Dormition Fast to pray the Supplicatory Canon to the Theotokos with special inner attention to the words of this divinely-loving prayer, which are simple but as profound as the sea, and the Mother of God will always keep you under her grace-filled protection. Do not tire of thanking her for this!

[1] St. Symeon Kholmogorov, One of the Ancients: The Life and Struggles of a Russian Man of Prayer: Elder Gabriel of Pskov and Kazan (Platina: St. Herman of Alaska Brotherhood, 1988), 41-42. 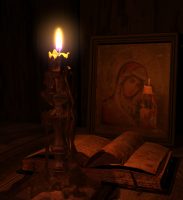 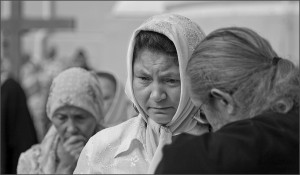 Frightened by Confession: Do I Need…
Fr. Vasile Tudora 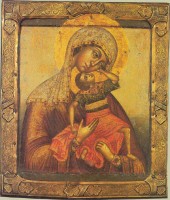 Mother and Child: The Image of…
Archimandrite Vassilios Papavassiliou

Orthodox Christians do not, or should not, just casually accept the idea of God having a…

Simply Dying for Christ: On Pentecost

Every great feast in the Orthodox Church witnesses directly and unequivocally to a miracle. The Day of the…

How Should We Observe the Apostles’ Fast?

At the Final Frontier of Death

The sufferings of the Savior are a medicine that heals human souls. We often think that our own…