The Flames of Injustice and The Fire of Pentecost

Source: Out of Egypt
The country is hungry and thirsty. They believe that they are hungry for justice and equality. But our deeper need is not for justice, what people are thirsting for is LOVE, and the only source of an unending and profound love is the life of the Holy Trinity that existed in love before the creation of the universe.
Fr. James Guirguis | 11 June 2020 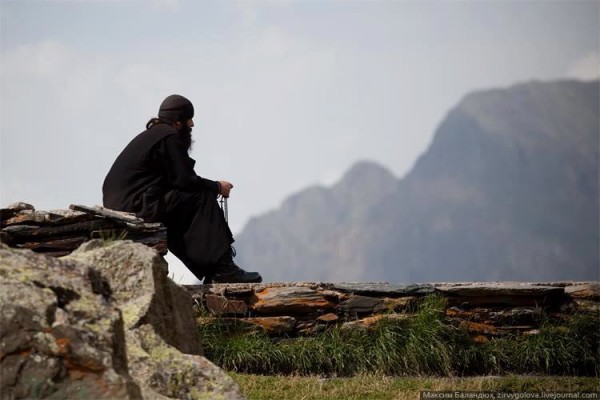 The last week or so has been a difficult one for our nation. We heard of the terrible slaying of a helpless man at the hands of law enforcement authorities, who were actually sworn to do the opposite. We saw a brutal display of the abuse of power as these misguided men were sworn to uphold the law and protect citizens, not prey on them. The world saw this evil action and people have responded in many different ways. Some of those responses have been good and productive. People have protested peacefully for common sense reforms. Others have responded in ways that are truly awful, rioting, looting, hurting others, destroying businesses, attacking good police officers and innocent citizens.

The world looks on in shock as it sees the United States in the midst of civil unrest and turmoil. For many years we have been in the midst of an ideological civil war. This has only been made worse because of our participation in social media. But my brothers and sisters, this should not shock us. Satan is called the father of lies. Everywhere he sows his seed there is confusion, hatred and division. If we are honest, we can say that a growing segment of American society is lost, in the Christian sense. People are confused and thrown into chaos.

What was the cause of all this? Was it economic policies or the lack of social justice or political legislation? Perhaps each of these is partly to blame, but there is something more. People operate without a properly rooted moral law and moral compass. Put another way, they operate with a morality that is skewed towards self gratification and the fulfillment of desires, rather than being rooted in something much deeper and more real. All of the statistics and polls taken in the last 20 years point to a general decline in Christian belief and practice as well as in general religious belief. Contrary to popular belief, when one doesn’t believe in God, he is not free. He actually becomes a slave to other lesser gods and their value systems. He is the slave of ideologies, and a slave to his sinful passions and desires, he is anything but free. He becomes a puppet that is used by others to further their agendas and especially the agenda of the evil one. This is true whether he is a corrupt policeman, a crooked politician or a crazed protestor. As Bob Dylan once wrote “You’re gonna have to serve somebody. Now it may be the devil or it may be the Lord, but you’re gonna have to serve somebody.” We will know who we serve as the Lord says “by their fruits.”

On June 7, in the Orthodox Church we celebrated the Great Feast of Pentecost. Listen to the words of this hymn (KONTAKION)OF PENTECOST: “When the High One descended, confusing tongues, He divided the nations. And when He distributed the fiery tongues He called all to one unity. Wherefore, in unison we glorify the most Holy Spirit.”

What is the source of our unity as people, as Christians? It is our unity of faith in the Holy Spirit. At one point in history, men and women had to go to a sacred temple to worship God. Now because of the work of Our Lord Jesus Christ and the Lord, the Holy Spirit, we have become the temples and the dwelling place of God! Do we understand the treasure that we have been given? Christians are united by this great and powerful gift. It was not a gift that humanity earned. We did not deserve such an honor. Yet the Lord poured out His grace upon us.

Today, we hear the story from the book of Acts. How the men of various and diverse nations could hear one of the words of the disciples in their own languages. St. Luke is telling us something very important. He is saying that this is the key to the unity and the peace of the whole world. It is the preaching of the gospel through the work of the Holy Spirit in our lives. What is the gospel? It means “the good news.” And what is this good news? It is this, that God loves each of us, and that He has proved this love for us by allowing His Son to become incarnate in the flesh, and suffer and die upon the cross for us, so that He might allow us to have the forgiveness of sins and walk in newness of life and share in the resurrection of His Son!

I have often been asked if we are evangelical in nature. My answer has always been the same “if what you mean by evangelical is passing out tracts and going door to door to save people, my answer is “no”. But if you are asking if the Orthodox Church believes in sharing the gospel with all people, in loving all peoples regardless of their race, ethnicity, or any other man made category, our answer is a resounding “yes”! St. Paul writes that (God)…desires all people to be saved and to come to the knowledge of the truth. (1 Tim 2:4) Do you hear that? All men. So much did God insist on saving all men that He grafted the gentiles into His people, although they were not His initial chosen people. The plan was always a grand plan for the reconciliation of all mankind to God, and to one another.

People are lost now precisely because they have lost what united our countrymen for so long. Many have lost the Christian faith. Since we are not united in our belief in Christ and His teachings, we are not united in the guiding principles that were a direct result of the Christian faith upon which this country was founded. Among those guiding principles was the idea that one should love his neighbor and respect life. Today our culture is one of extreme disrespect to life. Do I need to remind you that nearly 1000 babies are aborted every day in our country? Do I need to remind you that the abortions disproportionately hurt the black community?  We also have a culture of extreme disrespect for our brothers and sisters when they don’t fit within our class or our tribe, when they think differently or look different. This happens from all sides. People are confused about the meaning of life, about their role towards their neighbor, and about the nature of justice.

Yet, through all this there is good news. When the darkness is thick in the air, it makes the presence of light all the more radiant. Through the gift of the Holy Spirit that we celebrate today, that you have received in your Chrismation,you are given the great gift to become a light. Do you suppose that the Roman Empire became Christian overnight while the Christian peoples hid in their houses and posted memes and binge watched Netflix? NO! The Empire became Christian through the love and the care demonstrated by Christian men, women and children for their neighbors, in serving them and teaching the truth. And as they demonstrated this love, people became curious and began to ask the question, “What is the source of this behavior, this love?” And then the Christians could evangelize and give an answer for the hope and the love that was in them. Today more than yesterday, now more than ever, we are called to deepen our spiritual lives. If you will not help to redeem your country and your community by fanning the flame of the love of Christ,then you are part of the darkness, and no social activism will be enough to help. Cast off the darkness and start by shining the light of Christ on your own life and your own heart and then allow this light to radiate outwards to cover everything and everyone in your life with the love of Jesus Christ.

In today’s gospel reading the Lord Jesus said “If anyone thirsts, let him come to Me and drink.”

The country is hungry and thirsty. They believe that they are hungry for justice and equality. But our deeper need is not for justice, what people are thirsting for is LOVE, and the only source of an unending and profound love is the life of the Holy Trinity that existed in love before the creation of the universe. Our Lord says “I am the light of the world; he who follows me will not walk in darkness, but will have the light of life.” Let us take these words seriously and direct our lives accordingly. Love Christ by following His words. Love all people. Pray for all people. Pray fervently for healing. Pray that you might have a chance to share the love of God with someone who needs this message. Pray that people will find the Church and true healing within her walls. The Lord tells us that when we believe in Him, rivers of living water shall flow from us. Through the work of the Holy Spirit in us, we can quench the thirst and feed the hunger of our nation. We do this one person at a time, one soul at a time. In this we demonstrate our likeness to Christ, in our love for one another. May the Lord, the Holy Spirit, energize our hearts and minds and sanctify our lives so that we might unite in our worship of the living God and unite ourselves to all men through serving them in the name of Christ. Glory be to God Forever, AMEN.