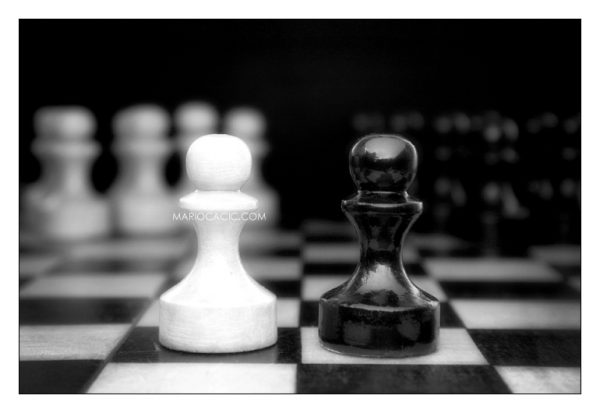 Darth Vader “force” chokes a man, blows up a planet, attacks his own son, and commits all sorts of evil in the original Star Wars series.  In some sense, he’s a typical “bad guy” in today’s movies, which almost always showcase the good, moral people fighting valiantly against the evil, immoral “bad guys.”  However, this type of plot is surprisingly new in the history of human stories, as Catherine Nichols discusses in this article.

Modern people are obsessed with morality – despite the widespread immorality. That may sound odd, but it is an often repeated pattern. Throughout Church history, an unhealthy fixation on one thing – whether it be doctrinal or moral – often led to some kind of heresy.  Some of the most bizarre heretical groups were also some of the most morally strict (for further study, look up Marcionism and Montanism).

In the movies, TV shows, and even mythology of the modern era, there are clear cut lines between the good guys and the bad guys.  The good guys share some set of moral values that are superior to the bad guys, who are often pursuing greed, power, or some other vice.

While we should appreciate the good where we see it, in the mythology of modern entertainment there lies a hidden danger.  There’s the obvious problem that morality will not save us – we will not moralize our way into a peaceful, utopian world.  However, a deeper problem also exists.  This false dichotomy of “good guys vs. bad guys” tends to dehumanize those who do not fit into our own morally superior group.  Nichols, whose article I referenced above, wrote the following:

When I talked with Andrea Pitzer, the author of One Long Night: A Global History of Concentration Camps (2017), about the rise of the idea that people on opposite sides of conflicts have different moral qualities, she told me: ‘Three inventions collided to make concentration camps possible: barbed wire, automatic weapons, and the belief that whole categories of people should be locked up.’

When we read, watch and tell stories of good guys warring against bad guys, we are essentially persuading ourselves that our opponents would not be fighting us, indeed they would not be on the other team at all, if they had any loyalty or valued human life.

The modern mythology of good guys and bad guys sticks, culturally, because it resonates with some truth, but it does not tell the whole story.  In the New Testament Scriptures, we see our Lord dividing the sheep and goats, images of a fiery lake in which the evil ones are thrown, and the New Jerusalem coming down from the heavens in which all the righteous dwell in peace.  Those of us who are spiritually blind may be tempted to think, If only all of the bad people would join my side or be eliminated, then this world would be a better place.

And people literally believe that.  Communism led to 80+ million deaths in Russia alone, six million Jews died in the Holocaust, and countless others have died due to the dreams of idealists.  Religions are effected too.  The Jehovah’s Witnesses teach that in the end, Christ will lead an army – like a general – and kill off all of the people who will not submit to his rule in the battle of Armageddon.  The world will then be at peace because all of the bad people will be gone.

Additionally, we Americans are led to believe the lies every election cycle.  We are fed stories about the horrors of the other candidate, and while our own person may not have a clean record, at least he or she is not like the “bad guy” on the other side (and all the “idiots” voting for that bad guy).

I think anyone familiar with Orthodox spirituality knows the truth that Aleksandr Solzhenitsyn summed up so elegantly,

But because we do not realize that, we struggle against one another rather than against the sinful passions within our own heart.  If each one of us focused on eradicating the evil within, there would hardly be any evil in the world.  But because we fixate upon each other’s faults, we fight and blame one another.  We create imaginary worlds in which we, and those who share our good values, are the good guys.  Through politics or exertion of our own will, we try to force that imaginary world into existence.

TAKING AN INVENTORY OF THE SOUL

But there is a better way:

Elder Joseph would ask me, “My child, do you know what I do?”

“I sit down and take inventory each day.”

“What type of inventory?”

“I sit and examine myself; I look at my shortcomings. What do I give into? What passion has a hold on me? My conscience tells me. The compass indicates, ‘you are weak here.’ And so, I make the resolution to fight against this passion the following day. Another day it will point to something else. I will battle that passion as well. In this manner, as I fight the various passions, I see a gradual improvement. Our forefathers used to say, ‘Work during your youth, so you can have something in your old age.’”

“What does this mean, Geronda?”

“This is what it means my child: now while you are young, fight against the passions; fight against your evil thoughts; fight against the imagination; struggle to fulfill your obedience; exert yourself with things you find difficult; sweat and pray during the night. All these labors and struggles are ‘work’; they constitute work years. Later, when the body grows weak and no longer has the strength to take up arms, when you are old and have worked during the years that God has allotted for you, then He will give you a pension. Depending on your skill and position, you will receive an analogous pension. What is this pension? It is the grace of God.

“If you were to ask me now, for example, I will respond, ‘Within me, my child, I feel Paradise. The Prayer runs like clockwork; grace abounds. I do not sense a single passion active within me. There is not a trace of any passion; I do not experience any warfare; I do not have any evil thoughts; I do not sense any passionate uprising.’ All these are not recent accomplishments; they are the fruits of my labors from my youth. That is when everything took place. Now the just reward has come.”

The above discussion between Elder Joseph the Hesychast and Elder Ephraim comes from the book The Art of Salvation by Elder Ephraim, published by St. Nektarios Monastery.