His father gets apoplectic and screams at him, in a line that was objectively funny and incredibly sad, "Isn't that the group that mutilates squirrels?" That's what the world, at least in America, knows about the Orthodox. Old men in strange garb doing strange things in front of a few old people (probably immigrants) in a strange language at a strange place possibly including squirrels.
| 11 August 2010

Source: The offical website of the Orthodox Church in America’s Diocese of New England

Back in December of 1993, I attended the memorial service celebrating the tenth anniversary of the falling asleep of Fr. Alexander Schmemann. During this service, Fr. Thomas Hopko, the current Dean of the Seminary and son-in-law of Fr. Schmemann, reminded us of the homily he preached at Father’s funeral. In that homily, he recalled for us how Fr. Alexander basically formulated his own eulogy in a talk he and Fr. Thomas had had many years ago. In that talk, he told Fr. Thomas that one of the things for which he would like to be remembered is a “no.”

That “no” was a very emphatic “no” to religion. He was very clear in stating that Jesus did not come and die for us to bring “religion.” He came to bring the Kingdom of God. Fr. Alexander lamented the fact that we have tried to reduce the Church to a clinic where people come to feel good. In the sermon at the funeral, Father’s own words from For the Life of the World were used:

…it is here that we reach the heart of the matter. For Christianity help is not the criterion. Truth is the criterion. The purpose of Christianity is not to help people by reconciling them with death, but to reveal the Truth about life and death in order that people may be saved by this Truth. Salvation, however, is not only not identical with help, but is, in fact, opposed to it. Christianity quarrels with religion and secularism not because they offer ‘insufficient help,’ but precisely because they ‘suffice,’ because they ‘satisfy’ the needs of men. If the purpose of Christianity were to take away from man the fear of death, to reconcile him with death, there would be no need for Christianity, for other religions have done this, indeed, better than Christianity. 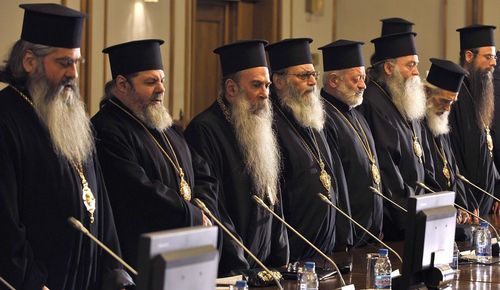 But besides this radical rejection of “religion” as a source of therapy, Fr. Alexander also had, as we were reminded at his memorial service, a real distaste for “religion” as it is so often seen in the Orthodox world filled with people equating faith with purple hats, beards, incense and a fanatic thirst for liturgical propriety a thirst so fanatic that I have seen priests and deacons actually argue and fight over liturgical questions during the liturgy!

All of this is not to say that Father was not for liturgical order and propriety indeed, I was a sub-deacon at an ordination and we forgot to take the bishop’s candlesticks out for a blessing when the ordination was done, and Father did not wait until the service was over to call the matter very clearly to our attention. At the first liturgy I served as a priest, Father made sure I had washed my hands and said the prayer before starting proskomedia. Rather, it is to say that Father understood that those external realities of our faith are there and important only in so far as they make manifest the internal reality of the presence of Jesus Christ and the Kingdom which He brings for us in the life of the Church.

We Orthodox face a unique temptation in this last matter. Our liturgical life is so rich and the externals of our church life so rich and beautiful, that we can sometimes be dazzled and begin to mistake the external things with the internal things. Beards, hats, incense, etc. are what the world generally knows about Orthodoxy. What the world generally does not know about Orthodoxy, however, is the fulness of God’s message which lives in our Church and Tradition. Basically, the world does not know this because we, as individuals comprising the Church, do not truly know and practice this fulness.

I was brought to mind of Father and these things when I watched a recent episode of the sitcom Seinfeld. In this episode, his friend George, in order to impress his girlfriend and her parents, decided to become “Latvian Orthodox.” In the course of the show, the priests were shown to be old men with long beards and flowing black robes, with headgear that was even more dysfunctional than the headgear we are used to seeing in our Church. Indeed, when the priest asked George why he was converting, he said, “I really like your hats.” The service was shown as a strange event, resembling nothing I’ve ever seen in an Orthodox church, in a language that was not English, in a church very plain with no icons, etc., in front of a few old ladies and men who would respond in that “ancient” language.

The most telling image that the show wanted to portray, however, came when George’s parents, who were out of town, came home and found out he was converting. His father gets apoplectic and screams at him, in a line that was objectively funny and incredibly sad, “Isn’t that the group that mutilates squirrels?” That’s what the world, at least in America, knows about the Orthodox. Old men in strange garb doing strange things in front of a few old people (probably immigrants) in a strange language at a strange place possibly including squirrels.

The world is very quick to listen and pay attention when we are “quaint” with our ethnic customs. They love it when we have a scandal. They come to us when something happens in Russia or Greece or some other “Orthodox” place. They come when we have an ethnic festival and sell ethnic goods. They scratch their heads when we have a dispute over things like the old calendar, language, etc. In short, they are quick to pay attention when we are “quirky.” When we don’t fit in. When we are being the remnant of that “old” religion. And we are often too willing to have it that way.

To a certain degree, we would have to say “Too bad that’s who we are.” As far as dress is concerned, cassocks, etc. (even hats) are certainly a part of who we are. They separate us from the world and show that we are set apart from it. Certainly, there is nothing wrong with ethnic traditions and foods, or even with raising money for the Church using them.

But, have you noticed that we went the last four paragraphs without mentioning God? There are so many people (“people” being both clergy and laity), in and out of the Church, who want to reduce the Church to some ancient ethnic or liturgical remnant that has nothing to do with the contemporary world; who think that the new calendar is a rejection of true Orthodoxy; who think that wearing a clerical shirt and collar is blasphemous; who walk by the homeless, destitute and hungry of the world (doing nothing) everyday and actually have the time to think it’s a sin to worship in anything but the “mother tongue”; who can tell you how to serve Matins when Annunciation falls on a Saturday one week before Holy Week but squander the chance to witness to Jesus Christ at work, in the neighborhood or to family; who are willing to buy lottery tickets and go to bingo, but dismiss tithing as a “Protestant” innovation; who marvel at the Jehovah’s Witness group that asked for help building a new temple and got 3,000 volunteers from around New England, but are too [busy, poor, old, young, disgusted with the “leaders of the Church” etc.] to volunteer for anything or donate funds for the operation or growth of the Church. In short, there are so many people who are ready, willing and able to be described as “that group that mutilates squirrels.”

We have so many problems in today’s world and it seems, in particular, in American society, that we do not have the luxury of really spending a lot of time in such fringe pursuits. If we expect to have a chance to convert contemporary culture, we have to be serious individual Christians, concerned with matters of the faith, morality and ethics as much or even more than with matters of external significance. Saint Paul says to Timothy, “…avoid foolish and ignorant disputes, knowing that they generate strife.” (2 Tim. 2:23) I personally hope we reach a time when we worry more about what a priest or bishop says and does instead of what he is wearing. We have to be faithful, truthful, peaceful, watchful, prayerful, kind, loving, giving, forgiving and righteous. We have to be that as individuals and we have to be that as a Church.

But we must also remember that the world, especially American culture, will never stop laughing at Orthodox Christians. We can, however, influence whether they laugh at us because we are an out of touch, ethnic, 19th century misfit, or because they cannot accept the Christian message, Christian morality and Christian life which they see so clearly preached and lived out in the life of the Church.

It is almost the 21st century and we are celebrating the Bicentennial of Orthodox Christianity in North America. Maybe it’s time for us to put away our squirrels.