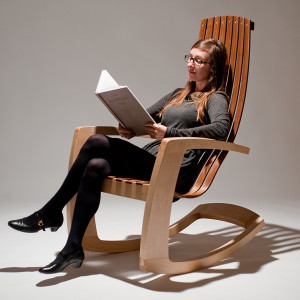 I wanted to start off this morning by sharing an observation that was offered by Aristides, who was a Greek Pagan Philosopher from the 2nd century.  At the time that this was written, there was an awful persecution of Christians taking place under Emperor Hadrian.  Aristides wrote this apology (defense) for the Christians, and why they shouldn’t be exterminated as they were.

What makes this apology so interesting for us is it gives us a window into what outsiders thought of Christians living just a century after Christ walked the earth.  This is what they saw:

“Christians love one another.  They never fail to help widows.  They save orphans from those who would hurt them.  If a Christian person has something, he gives to a person who has nothing.  If they see a stranger, Christians invite them to come into their home and consider them a brother or a sister.  If they see someone who is ill or someone who is in prison, they go visit them.  If they hear that one of them is in great tribulation, they will give that person all that he or she needs.  These Christians are a new kind of people.  They seem to be filled with the Spirit of God!”

We hear all kinds of stories and statistics being shared in our country about how faith, in particular Christianity, is slowly dying out.  Sadly, taking its place is the “religion of self”, where everyone looks after either themselves or those who they consider close to them.  This new religion teaches a much different morality than the one we hear from Christ in the Gospels!

“Strike a preemptive blow against your opponent!  Show them who is boss!” The “religion of self” will tell you.  “Love your enemies…and when they strike you, turn the other cheek” Christ says.

“What is in it for me?” The “religion of self” teaches us.  “Lend…hoping for nothing in return.” says our Lord.

If Aristides were to examine our individual lives today, would he recognize us as Christ following Christians?  Or would he say that we are like everyone else in the world?

Today’s Gospel lesson is a powerful one, and one that probably all of us have memorized since it has been told to us countless times since we first entered Sunday School.  In essence, it reflects Christ’s way of abolishing this “religion of self”, which has plagued mankind since Adam and Eve were in the garden:

“Love your enemies, do good, and lend hoping for nothing in return!  Your reward will be great, and you will be sons of the most-high…for He is kind to the unthankful and evil!  Be merciful, just as your Father is also merciful.”

Loving your enemies…this message that our Lord wanted to convey, was not just empty words.  He went on to show the entire world what example we should follow by His actions on the cross.  Beaten, tortured, and humiliated, our Lord hung in the air crucified and suffering.  In his final words, He didn’t command the heavenly hosts to come down and avenge Him.  Instead, He looked up into the sky to the Father and out of Love for His creation, He said: “Father, forgive them…for they know not what they do.”

Did Christ do good and lend without expecting anything in return?  He humbled Himself to become man for us.  He comforted those who needed comforting.  He healed diseases.  He resurrected the dead.  He lived for us.  He died for us.  Christ did all of this knowing that there is nothing we could give in return that would remotely come close to repaying Him.  How can we demand repayment from someone, knowing all that we have been given?  The Christian response is: “Lord…what you have given me Is sufficient…Thank You O Lord.”

This way, this truth, this life that our Lord teaches us every week in the Gospels, is what separates Christians from the rest of the world. It is what helps us to overcome the new “religion of self”, which only leads people to destruction.  It is what sets us apart as beacons of Christ’s ever-saving light from the rest of the world, who as St. Paul says a little earlier in Corinthians, have “put a veil” on the Gospel and on this light.

May we take with us today not only these words, but also these actions of Love that we are participating in today during the Divine Liturgy, and spread them as beacons of Christ’s light to those who so desperately need it!