The Son of Boris Pasternak, 88, Dies In Moscow 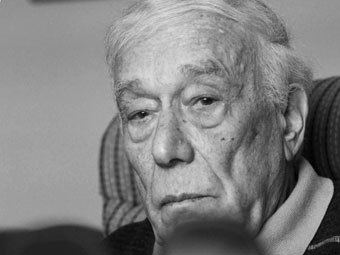 Evgeny Pasternak, the Russian literary critic and son of the Nobel-winning author Boris Pasternak, died in Moscow on 31 July, 2012 at the age of 88.

Evgeny Pasternak was born in 1923; his mother was the first wife of Boris Pasternak, Evgenia Lurye. His niece told one of the tabloids that the complications of his age were the cause of death. It should be noted that the weather is extremely hot in Moscow presently. Summer heat and temperatures of up to 35 degrees Celcius in the shade annually claim people’s lives, especially those with a heart condition.

Evgeny Pasternak fought in the Great Patriotic War, was awarded medals for the victory over Germany and for courage. In 1989 he received, on behalf of his late father, a diploma and the medal from the Nobel Prize Committee. He became the first major biographer of his father and prepared the first complete collection of Boris Pasternak’s work for publication, together with the commentary.