The Spirit of True Christianity

I know there are some basic things that a person must do to be a Christian — be baptized and receive Holy Communion, for example. There are also some basic “don’ts” that we consider quite necessary: don’t kill, steal, lie, cheat, worship idols, or commit adultery But this approach doesn’t really capture the heart of Christianity. Jesus didn’t use it. He was never interested in making a list of things that would automatically make a person His disciple, or that would disqualify a person from being one.
| 13 September 2009

In any form of religious belief, one of the most common questions is, “What does God (or the gods) require of us?” And of course, the different religions all answer that differently. In Judaism, for instance, keeping the 613 commandments of Moses is what God wants. In Islam, he requires one to pray 5 times a day, to abstain from pork and wine, to fast during Ramadan, and to make a pilgrimage to Mecca if possible. In the Sikh religion of India, men must wear a turban on their heads, read a six page prayer in the morning, and bathe in the holy pool in Amritsar as often as possible.

I know there are some basic things that a person must do to be a Christian — be baptized and receive Holy Communion, for example. There are also some basic “don’ts” that we consider quite necessary: don’t kill, steal, lie, cheat, worship idols, or commit adultery But this approach doesn’t really capture the heart of Christianity.  Jesus didn’t use it. He was never interested in making a list of things that would automatically make a person His disciple, or that would disqualify a person from being one. 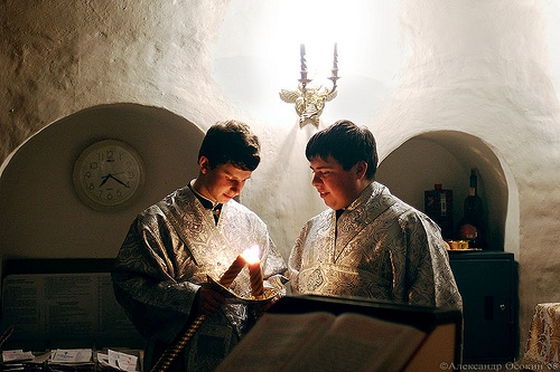 Basically this is man’s approach to religion, not God’s. It would be agreeable to most of us to have a simple list of things to do to make us acceptable to God, because then we could just go out and do them and we would be “in” with Him. But this is exactly the opposite of what Jesus taught. When He was asked what God requires of us, what did He say? “Love God with all your heart, all your mind, all your soul, and all your strength, and your neighbor as yourself.” This sounds fine, but from a human point of view, there is a basic problem with it: It’s not clear enough. “Love God” but how do I love God? “Love your neighbor” —but how do I love my neighbor? What we need are some guidelines, or better yet, a set of rules to follow to help us do this! But this is exactly what Christ wanted to avoid.

There is no easy way to satisfy God’s requirements, no magic formula, no set of rules.

Of course, Christians have not always been happy with what Christ taught, even if they would not want to admit it. Some have felt they had to improve on His teaching, make it easier to follow, clarify it, and give it substance. This is one of the reasons that massive codes of canon law have been created in the Church. Undoubtedly, some of this is very helpful in keeping order in church life, but when it is overemphasized, it tends to reduce Christianity to just another religion of rules. We can see the same principle at work in some of the Protestant churches, where being a good Christian means following a list of man-made “don’ts”: don’t drink, don’t smoke, don’t dance, don’t go to movies, etc., etc., etc. All of this shows how uncomfortable many Christians are with the freedom Christ has given us, preferring rather to remain in bondage to some kind of law (see Gal. 5:1). However, not only is this the total opposite of what Christ taught, but in the final analysis, it just doesn’t work.

I remember reading the story of a man who had grown up with a neighborhood friend, Both were raised in strong Christian homes. His friend, however, was raised in a strict fundamentalist sect that totally forbade all movies, whereas his family allowed them as long as the content was good. Well, what do you think happened when these boys grew up and their parents no longer controlled their movie going? I think you can guess. The boy from the strict home began going to any and every movie, regardless of content. (I guess he figured that if he was going to do something bad, it really didn’t matter how bad.) The other boy however, followed exactly what his parents did: he would examine a movie to see if the content was appropriate or not, and then decide whether or not to see it. He felt no attraction to see a bad movie.

As I think you understand, when you put a strong emphasis on how bad something is, and try to forbid it with a list of don’ts, all you do is increase a person’s fascination with it and desire to do it. This is why St. Paul said that all the Old Testament law did with its “thou shalt nots” was to increase sin.

So if Christianity is not a “religion of rules;’ then what is it? What is the true spirit of Christianity? Let me share what I believe are a few characteristics of the true Christian spirit.

First of all, Christianity is a religion of the heart. This is what the New Covenant is all about. Jeremiah prophesied about it in this way: “Behold, the days are coming, says the Lord, when I will make a new covenant with the house of Israel — not like the one I made when I brought them out of Egypt. I will put my laws in their minds, and write them on their hearts; I will be their God and they will be my people. None of them will teach their neighbor, saying, ‘Know the Lord,’ for they will all know me, from the least to the greatest” (see Jer. 31:31-34).

So New Covenant religion Christianity — is a religion of the heart, in which we know the Lord in our hearts, have his law written in our hearts, and desire to serve him freely from our hearts. It is not a set of dead written rules that we must obey.

Secondly true Christianity is a positive religion. It affirms that when God created his world, he said, “It is good.” Its two commandments are positive: “Love God” and “Love your neighbor:” Christianity does not look around the world and say “this is good, but this is bad” It sees that all is good — it is only the misuse of human freedom in the abuse of things that is bad. So alcohol, sex, the body, money, television, and music are all good things. It is only the abuse of these things that is bad —drunkenness, pornography, compulsive gambling, etc. Even drugs marijuana, cocaine, heroin — all have good uses for medical and other reasons. It’s only the abuse of them for pleasure that is wrong. The true spirit of Christianity is positive: it upholds the goodness of God’s world.

Lastly, Christianity is a religion of Spirit. True Christianity means having the Holy Spirit of God living within you. It means His Spirit is active in your spirit to guide you to what is true and good. Now this does not imply that we are to simply be guided by our feelings or whims; we must come to recognize the genuine voice of the spirit within. In this regard, the written Word of God must be our standard of discernment. In other words, the inner leading of the Spirit will always be in full harmony with the Spirit-inspired Word. Nonetheless, the practice of Christianity is not an attempt to attain God’s favor by fulfilling a “written code”; it is an outflowing of the life-giving Spirit’s presence within (see 2 Cor. 3:6).

In conclusion, then, we can say that Christianity is a religion that begins on the inside with faith in the heart — not with a list of rules on the outside. Being a true Christian means that you desire to live all your life in faithfulness to God, because His Spirit is in your heart and His law is written there.

Thus the final question becomes whether in fact these things are true of  us. We must each ask ourselves, “Does God’s Spirit genuinely live in me? Is His law really written on my heart?” If not, then we need to seek Christ anew in our lives. If so, then let us seek to love God above all, our neighbor as ourselves, and, having the Word of God as our standard, walk freely before our God.

Publication of the Antiochian Orthodox Christian Archdiocese of North America

Most viewed articles
Last Man Standing186
Metropolitan Hilarion Speaks on Whether It Is Possible for ROC to Reunite with Old-Believers169
Businessman Buys a 19th Century Church and Returns It to the Faithful69
Turning Trials Into Hope64
Metropolitan Onuphry: People Get Strength for Life and Salvation in the Church61
The Temple of Woke: Are Universities Basically New ‘Religious’ Training Centers?29
Most popular authors
Pravmir.com team299
Archpriest Geoffrey Korz186
Fr. James Guirguis64
Eric Hyde29