The Spiritual Desert of Our Times 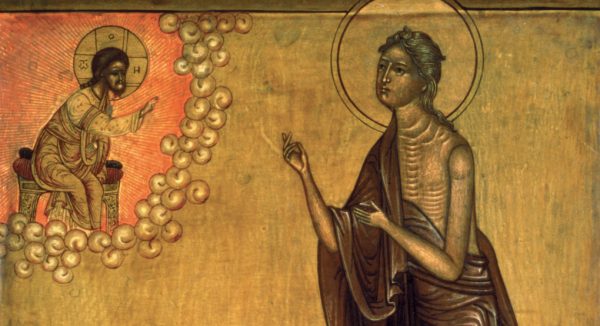 Over the last several weeks and months, the world has been gripped by the turmoil that the Coronavirus pandemic has brought upon its seven billion people.  Whether affected directly or not, we all have been impacted by its physical, social, psychological, and financial punch.  This pandemic will be remembered by historians as one of the major global events of the twenty-first century.

One of its most paralyzing fangs of this invisible enemy has been the feeling of isolation that the necessary practice of social distancing has had on people.  Out of protection for ourselves and love and concern for others, sensible and responsible people have had to physically separate themselves from other people outside of their immediate household.

In the news, we have seen examples of painful situations of this.  Adult children and grandchildren having to watch their dying grandmother from outside a window of a nursing home because the facility has been on lockdown.  We find a husband not being allowed to enter the hospital room where his ill wife lay due to a hospital zero visitors Covid-19 protocol.  These are just some of the tragic situations that occur because of the scourge of this pandemic.

Among other concerns by people has been the shuttering of churches to public congregational worship.  Along with this we hear of people’s laments such as: “What are we going to do without communion for weeks and months?” and “Sunday is not the same without going to church how long can we go on like this?”  These are legitimate laments.

However, I wonder if God, though not responsible for this affliction upon the world, is instead inviting us to a deeper reflection, stillness, and communion with Him because of it.  I look to history in the lives of the desert ascetics for examples of union with God in the midst of isolation.  Especially, I think of the great story of the third century figure of St. Mary of Egypt, a saint who having given up a profligate idolatrous lifestyle after a transformative visit to the Church of the Holy Sepulchre in Jerusalem, embraced a life of love with the Person of Jesus Christ.  Thus, she began a forty-seven year journey of seeking God in self-reflection and selfdenial in the Egyptian desert.

Mary lived a life of seclusion we are told for decades by not encountering another human until a “chance” meeting with the Christian monastic presbyter Zosimas.  Prior to her encounter with Zosimas, we read from multiple sources that she lived a life of solitude in prayer and fasting.  During that time, Mary was not part of a faith community, did not receive the Eucharist, or go to confession to a priest for decades until she met Zosimas.  Yet, Zosimas was able to discern that after Mary and he spoke and she gave him her testimony that Mary was attaining sanctification (theosis) through the power of the Holy Spirit.

I find that this time of social distancing which we are experiencing today is Providential in timing with the Orthodox Christian calendar as we commemorate St. Mary of Egypt on this Fifth Sunday of Great Lent.  The example of Mary should remind us that union with Jesus is our ultimate purpose in life.  We may not have access to worship in a church building, not have access to the Mystery of the Eucharist, the counsel of a confessor, or connection with a faith community, yet, we can be “in Christ.”

We can through the blessing of digital technology participate online in prayerfulness with the liturgies and services.  I wonder if Christ is not telling us through the current crisis to forego any forms of idolatry which we may cling to which would even include religion as an end in itself, which the Church Fathers warn us against.  Perhaps, the message that we are being told in no uncertain terms by Jesus is this: you are not called to worship a creed, a book, a liturgy, icons, a building, a religious practice in and of themselves.  You are called to worship Me.

If we are good stewards of this time of urban desert which we are currently finding ourselves in, is permeated with the seeking of Him, then and only then can we reach the sanctification and union with God that St. Mary of Egypt did.  Then, when this time of spiritual drought ends, we will know evermore Him who is the true oasis in the desert of our lives.

Mary: The Example to All Christians

Mary of Nazareth has been given many titles over the last two millennia. She is called the Virgin…

The Five Tasks of a Theologian in the 21st Century

The students entering seminary to begin their studies might ask “Why such a lofty topic?” “We came to…