The tragedy of Man

The tragedy of our times lies in our almost complete unawareness, or unmindfulness, that there are two kingdoms, the temporal and the eternal. We would build the Kingdom of Heaven on earth, rejecting all idea of resurrection or eternity. Resurrection is a myth.
| 16 November 2008 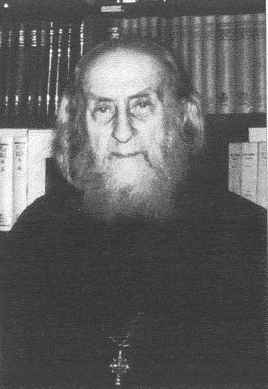 The tragedy of our times lies in our almost complete unawareness, or unmindfulness, that there are two kingdoms, the temporal and the eternal. We would build the Kingdom of Heaven on earth, rejecting all idea of resurrection or eternity. Resurrection is a myth.

Let us go back to Biblical revelation, to the creation of Adam and Eve and the problem of original sin. ‘God is light, and in him is no darkness at all’ (1 John 1.5). The commandment given to the first-called in Paradise indicates this and at the same time conveys that, although Adam possessed absolute freedom of choice, to choose to eat of the tree of the knowledge of good and evil would entail a break with God as the sole source of life. By opting for knowledge of evil, by savouring evil- Adam inevitably broke with God, Who can in no way be joined with evil (cf. 2 Cor. 6.14-15). In breaking with God, Adam dies. ‘In the day that thou eatest thereof’, thus parting company with me, rejecting my love, my word, my will, ‘thou shalt surely die’ (Gen. 2.17). Exactly how Adam ‘tasted’ the fruit of the tree of the knowledge of good and evil is not important. His sin was to doubt God, to seek to determine his own life independently of God, even apart from Him, after the pattern of Lucifer. Herein lies the essence of Adam’s sin- it was a movement towards self-divinisation. Adam could naturally wish for deification- he had been created after the likeness of God- but he sinned in seeking this divinisation not through unity with God but through rupture. The serpent beguiled Eve, the helpmeet God had made for Adam, by suggesting that God was introducing a prohibition which would restrict their freedom to seek divine plenitude of knowledge- that God was unwilling for them to ‘be as gods knowing good and evil’ (Gen. 3.5).

I first met with the notion of tragedy, not in life but in literature. The seeds of tragedy, it seemed to me in my youth, are sown when a man finds himself wholly captivated by some ideal. To attain this ideal he is ready to risk any sacrifice, any suffering, even life itself. But if he happens to achieve the object of his striving, it proves to be an impudent chimera: the reality does not correspond to what he had in mind. This sad discovery leads to profound despair, a wounded spirit, a monstrous death.

Different people have different ideals. There is the ambition for power, as with Boris Godounov. In pursuit of his aim he did not stop at bloodshed. Successful, he found that he had not got what he expected. ‘I have reached the height of power but my soul knows no happiness.’ Though the concerns of the spirit prompt a nobler quest, the genius in the realm of science or the arts sooner or later realises his inability to consummate his initial vision. Again, the logical denouement is death.

The fate of the world troubled me profoundly. Human life at whatever stage was unavoidably interlinked with suffering. Even love was full of contradictions and bitter crises. The seal of destruction lay everywhere.

I was still a young man when the tragedy of historical events far outdid anything that I had read in books. (I refer to the outbreak of the First World War, soon to be followed by the Revolution in Russia.) My youthful hopes and dreams collapsed. But at the same time a new vision of the world and its meaning opened before me. Side by side with devastation I contemplated rebirth. I saw that there was no tragedy in God. Tragedy is to be found solely in the fortunes of the man whose gaze has not gone beyond the confines of this earth. Christ Himself by no means typifies tragedy. Nor are His all-cosmic sufferings of a tragic nature. And the Christian who has received the gift of the love of Christ, for all his awareness that it is not yet complete, escapes the nightmare of all-consuming death. Christ’s love, during the whole time that He abode with us here, was acute suffering. ‘O faithless and perverse generation,’ He cried. ‘How long shall I suffer you?’ (Matt. 17.17). He wept for Lazarus and his sisters (cf. John 11.35). He grieved over the hard-heartedness of the Jews who slew the prophets (cf. Matt. 23.37). In Gethsemane his soul was ‘exceeding sorrowful, even unto death’ and ‘his sweat was as it were drops of blood falling down to the ground’ (Matt. 26.38; Luke 22.44). He lived the tragedy of all mankind; but in Himself there was no tragedy. This is obvious from the words He spoke to His disciples perhaps only a short while before His redemptive prayer for all mankind in the Garden: ‘My peace I give unto you’ (John 14.27). And a little further on: ‘I am not alone, because the Father is with me. These things I have spoken unto you, that in me ye might have peace. In the world ye shall have tribulation: but be of good cheer; I have overcome the world’ (John 16.32, 33). This is how it is with the Christian: for all his deep compassion, his tears and prayers for the world, there is none of the despair that destroys. Aware of the breath of the Holy Spirit, he is assured of the inevitable victory of Light. The love of Christ, even in the most acute stress of suffering (which I would call the ‘hell of loving’), because it is eternal is free of passion. Until we achieve supreme freedom from the passions on this earth suffering and pity may wear out the body but it will only be the body that dies. ‘Fear not them which kill the body, but are not able to kill the soul’ (Matt. 10.28).

We may say that even today mankind as a whole has not grown up to Christianity and continues to drag out an almost brutish existence. In refusing to accept Christ as Eternal Man and, more importantly, as True God and our Saviour- whatever the form the refusal takes, and whatever the pretext- we lose the light of life eternal. ‘Father, I will that they also, whom thou hast given me, be with me where I am; that they may behold my glory, which thou hast given me: for thou lovest me before the foundation of the world’ (John 17.24). There, in the Kingdom of the Father and of the Son and of the Holy Spirit, must our mind dwell. We must hunger and thirst to enter into this wondrous Kingdom. Then we shall overcome in ourselves the sin of refusing the Father’s love as revealed to us through the Son (cf. John 8.24). When we choose Christ we are carried beyond time and space, beyond the reach of what is termed ‘tragedy’.

The moment the Holy Spirit grants us to know the hypostatic form of prayer we can begin to break the fetters that shackle us. Emerging from the prison cell of selfish individualism into the wide expanse of life in the image of Christ, we perceive the nature of the personalism of the Gospel. Let us pause for a moment to examine the difference between these two theological concepts: the individual and the persona. It is a recognised fact that the ego is the weapon in the struggle for existence of the individual who refuses Christ’s call to open our hearts to total, universal love. The persona, by contrast, is inconceivable without all-embracing love either in the Divine Being or in the human being. Prolonged and far from easy ascetic effort can open our eyes to the love that Christ taught, and we can apprehend the whole world through ourselves, through our own sufferings and searchings. We become like a world-wide radio receiver and can identify ourselves with the tragic element, not only in the lives of individual people but of the world at large, and we pray for the world as for our own selves. In this kind of prayer the spirit beholds the depths of evil, the sombre result of having eaten of the ‘tree of the knowledge of good and evil’. But it is not only evil that we see- we make contact, too, with Absolute Good, with God, Who translates our prayer into a vision of Uncreated Light. The soul may then forget the world for whom she was praying, and cease to be aware of the body. The prayer of divine love becomes our very being, our body.

The soul may return to this world. But the spirit of man, having experienced his resurrection and come near existentially to eternity, is even further persuaded that tragedy and death are the consequence of sin and that there is no other way to salvation than through Christ.