Only six months ago I spoke to you after three separate incidents involving murders of or by children. As we all know, another tragedy of monumental proportions has occurred. This time 32 students were shot to death at Virginia Tech University in Blacksburg, Virginia by a lone gunman, a fellow student, who also took his own life.
| 08 May 2007 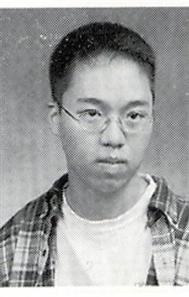 Only six months ago I spoke to you after three separate incidents involving murders of or by children. As we all know, another tragedy of monumental proportions has occurred. This time 32 students were shot to death at Virginia Tech University in Blacksburg, Virginia by a lone gunman, a fellow student, who also took his own life. The pattern seems all too familiar: a school, a disaffected angry young person, a gun, innocent victims, carnage, survivors and people across the nation struggle to make sense of the murders. The only difference with each incident is the proportion: it gets bigger. There are several lessons to be learned. Some we know too well, others we may be learning for the first time.

First, murder and mayhem, make no sense. Putting together the pieces of this puzzling tragedy will be difficult because many of them do not fit. Yes, we have perpetrator who displayed clear signs of mental illness but psychology experts tell us that mental illness alone does not explain a killing spree of such proportion. The great majority of mentally ill people never commit violent acts including murder. You will hear very little talk about what truly makes this tragedy so senseless-the supernatural role of evil.

Chaos, nihilism and destruction are characteristics of the presence of evil. The fingerprints of Satan cover this crime scene. From what we know, the killer had no personal connection with most of his victims. The sheer number of victims suggests perhaps a desire to maximize a score similar to the goal of any game. The words and images of the killer’s manifesto suggest a generalized outrage and paranoia. Yet, his calculating and detailed preparation makes it clear that he did not have a psychotic break with reality. Evil, or more correctly, the Evil One (Satan/Devil), upsets the order and sanctity of personal relations between people. What should be personal becomes impersonal. Persons become objects to use and discard. The impersonal becomes personal. Words and actions expressed in a general manner are perceived as personal slights leading to baseless hurt, anger and outrage.

Second, media coverage is problematic. On one hand news is news. We cannot ignore what happened. It must be reported so we can learn, express compassion and sympathy. On the other hand, serious journalism often becomes tabloid in nature, seeking to fulfill the prurient curiosity of readers and viewers. Unfortunately, the extreme attention given to this killer and others like him, play right into his sick desire for attention that he feels he deserves. The killer knows the sensational nature and sheer size of his violence and murder will get people’s attention. This one took it a giant step further by sending his letter and video by overnight delivery to NBC during his killing spree. NBC and the other news networks obliged his wish by immediately broadcasting his material. Something is seriously wrong here and we play a role in this patronization of violence. The media generally shares what it knows or thinks its viewers wish or demand to see.

Third, disaffection is not an excuse for lashing out. This killer was similar to his predecessors in blaming his action on the words and actions of others. In other words, you made me do this because you treated me so poorly. This is simply dysfunctional, self-centered thinking that seeks to place blame and responsibility on someone else. Certainly, we must encourage everyone, especially our children, to treat others with respect and love. However, when we are disrespected and mistreated, we do not have an automatic excuse to do the same in return or to others. We must take responsibility for our words and actions. In our society, we are generally free to do what we wish. No one is forcing us. This is true as well of our feelings. We like to say, “You make me feel hurt, angry, or resentful.” Yet, we have a choice about what we feel or more correctly, what we do with our feelings. Hurt does not have to engender more hurt. Hurt can lead to forgiveness. It’s a choice we make.

Fourth, tragedy brings clarity about what is most important. In the arid wasteland of violence and murder, we see almost immediately sprouts of care and hope break through the dry soil of indifference and malevolence. It appears that key people sacrificed their own life to save others, hundreds came to the aid of the dying and wounded. Thousands gathered to remember the victims and to pray for them and pray for the killer Cho Seung Hui and his family, who themselves expressed deep sorrow and regret for his actions. The victims, their families and law enforcement personnel were the first to object to the media’s prostitution of the news. These are expressions of people who, after being directly exposed to the worst evil can offer, immediately realize what is most important-to love and care for others in a self-sacrificial way.

Millions of onlookers across the nation, like us, at a safe distance from the tragedy, can still learn the same important lessons. We must be vigilant against the depersonalizing effects of evil by picking up the spiritual weapons of prayer and worship to our Lord, God and Savior Jesus Christ. We must be ascetic in our consumption of worldly oriented news. We must take responsibility for our thoughts, feelings, words and actions. We must pray for the intercession of the Virgin Mary, all the Saints and the Angels to protect us from evil and to give us the strength to respond appropriately when, inevitably it will strike again.

Finally, we must reach out, even before tragedy strikes, to love and care for other people. This includes expressions of tough, disciplinarian love to protect people, even from themselves. Amen!