The Wrath of God According to St. John Chrysostom 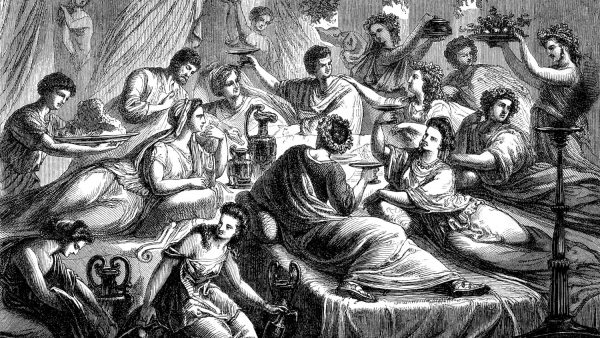 One of the earliest writings of St. John Chrysostom are two letters written to a friend, Theodore, who had fallen away from Christ.  In these letters, St. John encourages Theodore to return to Christ and repent of his sinful folly—Theodore had run away from the monastic life to return to academia and a life of wealth, privilege and, most of all, fornication.  Theodore had become captivated by the beauty of a young woman, Hermione.

In urging Theodore to repent and return to the monastic life, St. John responds to several probable arguments that might occur to Theodore to keep him from repenting.  One of the main arguments is that God might not accept his repentance.  That is, Theodore might think that because he has fallen from such a height to such a depth, from living as an honoured and respected monk to living in a brothel, that because of this great fall God would not accept his repentance.  However, St. John counters this argument with examples of the great falls of other famous men, not the least of whom is King David, all of whom repented and whose repentance was accepted by God.

And just to make the case as extreme as possible, so that Theodore would not think that St. John is speaking of those who have only fallen into minor sins, St. John makes explicit that he is speaking of a believer having been well pleasing to God who has now become “a fornicator, adulterer, effeminate, a thief, a drunkard, a sodomite, a reviler and everything else of this kind.”  This is the type of fall St. John is referring to, and this is the very depth of sin that St. John is telling Theodore that it is possible to return from.

But before St. John goes further, he has a little excursus, a little digression, on the wrath of God.  And this is what I would like to focus on today: how St. John understood the role of the wrath of God, or divine punishment, in repentance and what it reveals to us about what the wrath of God is and isn’t.

For if the wrath of God were a passion, one might well despair as being unable to quench the flame which he had kindled by so many evil doings; but since the divine nature is passionless, even if He punishes, even if He takes vengeance, He does this not with wrath, but with tender care, and much lovingkindness…. For…He is not wont to visit with punishment for His own sake; for no harm can traverse that divine nature; but He acts with a view to our advantage…. And for this reason God threatens us with punishments, and often inflicts them, not as avenging Himself, but by way of attracting us to Himself.

Please notice that in this passage words like wrath, punishment or vengeance refer not to the mood or feelings of God.  God may indeed inflict wrath on us, but that wrath has nothing to do with God feeling anger toward us, as though God had somehow become offended by our sins and failures.  God cannot be offended.  Like the sun, St. John says, which is not affected in any way if we stand in the shade, so God is not offended by our turning toward darkness.  God only cares about us and how the darkness will destroy us.

Therefore, because of God’s love for us, He allows us to be afflicted. In fact, He Himself often inflicts us with various sufferings that we refer to as the wrath or vengeance or punishment of God.  And this he does to draw us back to Himself and to save us from further hurting ourselves and those around us.

Well, you might ask, how is that?  How does painful suffering return us to God?  It returns us to God by returning us to our right mind, to our senses.  In my experience, there is nothing like the shock of pain and disappointment to pull me out of reverie and delusional fantasy.  Even the feeding frenzy of a passionate indulgence can be brought up short by a sudden severe pain or an unexpected confrontation.

Even so God, when we fall into the very extremity of madness, says and does everything, not by way of avenging Himself on account of our former deeds; but because He wishes to release us from our disorder [sickness].

Later on in the first letter, St. John shows how it was the suffering of the prodigal son that brought him to himself, brought him to his senses.  When we come to our senses, that’s when we begin to return to God.  It was only when the prodigal had lost everything, was starving, and had been humiliated (think of it, a Jewish boy forced by hunger to tend pigs)—it was only then that he came to his senses and decided to return with humility to his Father.

Some of the suffering we experience is clearly the consequence of our own sins.  Some suffering comes from the sins and failures of others—just as our sins and failures cause much of thier suffering.  And some suffering comes from the simple fact that we live in a fallen world, in a world subject to change, often sudden and violent change, a world falling apart, a world ruled by frightened, selfish human beings like you and me.

All suffering, however, regardless of it’s apparent immediate source, can be understood as the wrath of God.  But we must never forget that we call it God’s wrath because of how we feel and how we experience it, not because God is at all angry or vengeful.  Rather, God both allows and brings about suffering in our lives as a doctor treating a patient.  What patient after major surgery has not experienced the wrath of the physical therapist?  Healing the body is often painful.

Similarly, healing the soul often requires shocks to the settled ways of seeing ourselves and the people around us.  These painful shocks help shake us free from our passion-driven delusions; they help us return to ourselves and then to return to God.