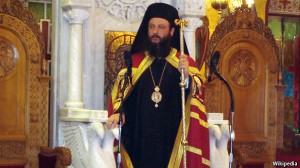 IN A recent posting, I noted that the European Union had put forward some detailed ideas about how religious freedom should be fostered outside its borders; and also that it still gave its own 28 members lots of leeway in handling church-state relations. That is not just a hypothetical point. Countries that aspire to join the EU find their governance, legal systems and performance on human rights (including religious freedom) scrutinised closely; once they squeeze through the gates, the pressure slackens.

As it happens, there is one would-be EU member whose recent record on religious freedom may fall short of the standard which the Union, albeit a tad hypocritically, expects from its aspiring neighbours. If the country were already inside the door, it might get off more lightly. But that doesn’t make things any better. The country in question is Macedonia, where an internationally recognised Christian bishop has been locked up on charges which many human-rights campaigners regard as trumped-up. The World Council of Churches says he is the victim of persecution; the Conference of European Churches has called for his release; Amnesty International once called him a prisoner of conscience.

Who is he? On July 2nd, Archbishop Jovan Vraniskovski of Ohrid (to use the title he uses, and most of the Christian world recognises) was given a three-year jail term for “embezzlement”; given that his current stay in jail (the latest in a series) has already lasted 18 months, he seems set to remained incarcerated until the end of next year. To explain his bizarre story, it helps to go back to the 1960s, when relations between communist Yugoslavia’s republics were volatile and mostly conducted by party apparatchiks behind closed doors. Those apparatchiks controlled virtually everything that happened in the country, including the limited religious life which the communist system tolerated. As a way of cutting Serbia down to size, the party bosses agreed in 1967 that it would be a good idea if the republic of Macedonia had its own Orthodox church, instead of being part of the Serbian one.

Under Orthodox rules, new ecclesiastical bodies normally gain independence not through communist fiat but by the consent of their mother church, and of the other Orthodox churches round the world. So when a Macedonian Orthodox Church was duly proclaimed, it never gained full recognition from its Serbian parent, or any acknowledgement from global Orthodoxy. In 2002, with Marxism a distant memory, a meeting of Serbian and Macedonian bishops tried to heal the breach; it was agreed that the Macedonian church would realign with the Serbian one, and instantly be granted wide-ranging autonomy.

But most of Macedonia’s hierarchs soon renounced that deal. To a country that was struggling to consolidate its independence in the face of a bitter dispute with Greece over its name, nothing short of a fully independent national church seemed acceptable. But one prelate, Archbishop Jovan, stuck by the 2002 accord, and he is therefore regarded by global Orthodoxy as head of the only legitimate Orthodox authority in Macedonia, notionally based in the lakeside city of Ohrid. The leaders of the Macedonian Orthodox Church view Jovan as a schismatic – and that in turn is how he, and world Orthodoxy, view them.

Nothing unusual about all that. Orthodox bishops have a record of quarrelling about matters which seem arcane to outsiders. But Archbishop Jovan’s treatment by the authorities in Skopje seems harsh. His first spell in jail followed his arrest for such heinous crimes as celebrating the Eucharist in a private house and conducting a baptism. The latest trial, which also led to suspended sentences for his mother and sister and a dozen prominent members of his church organisation, took a bizarre turn on the final day.

I discussed the trial with Voislav Stojanovski, a Macedonian lawyer who observed the proceedings for the Helsinki Committee, part of a network of human-rights groups. He told me that just as people were awaiting the verdict, the chief judge unexpectedly called a last-minute witness, who claimed to have negotiated over a possible land sale with the accused cleric. The witness said he had negotiated both on his own behalf and on behalf of several neighbours who had authorised him, though a written proxy, to offer their land. The archbishop denied ever having met the witness. His defence lawyer requested to see the written proxy. The court president and his two fellow judges then left the court-room to consider that request and returned after 20 minutes, with a refusal. Mr Stojanovski said it was an unusual breach of procedure for judges to leave the court at such a sensitive moment.

None of that proves that the verdict was a miscarriage of justice. But it does look distinctly fishy. By their own lights, of course, the Macedonian authorities are simply cracking down in various ways on an illegal, unregistered organisation. But then, requiring religious bodies to submit to licensing from the state, which can be denied on whim, is a notorious way of suppressing freedom of conscience. At some point, they will have to explain themselves to the European Union and also to the European Court of Human Rights, which is considering the legality of the Macedonian authorities’ refusal to register Archbishop Jovan’s church.