“This Was Life to Me” 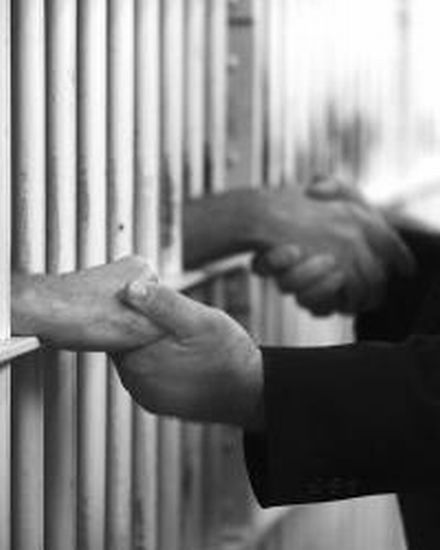 “Let love be genuine.  Abhor what is evil.  Cling to what is good!”

We hear some powerful words from St. Paul in today’s epistle, that set the scene for us quite powerfully, as we spend this Sunday remembering all of our brothers and sisters that are behind bars, on this Prison Ministry Sunday.  This is a ministry that many Orthodox Christians either do not know about or have had too many pre-conceived fears about fulfilling this calling from our Lord.

This fear is not unlike the scene that we read about in the Gospels two weeks ago with the demoniac.  Here was a man that was completely wild, living in the tombs, and being chained up by the people out of fear!  His life was one of complete chaos, which is what listening to our passions ultimately leads to.

What the people of that region, as well as so many of us living today often forget to think about when it comes to those in prison, are the circumstances that have led so many men and women throughout the centuries to become incarcerated.   This of course is not to excuse the sin!  They are paying the price and dealing with the consequences of embracing their passions and embracing the chaos on their life!  But how many of these individuals have had the deck stacked against them since the day they took their first breath?  How many have come from broken homes, from abusive parents, from a life of dysfunction?  To someone who grew up in those situations, life to them is chaos!

I think back to the words of St. Mary of Egypt, after she described all of the horrible things that she had done before discovering the image of God within her: “This was life to me.”  When someone knows nothing else but chaos, when they haven’t had the blessing of a loving family, of a strong spiritual life, of not having a true and meaningful relationship with God, life is chaotic, cold, and dark.  This was not the way mankind was meant to live.

I spent time this past week reflecting on my time at seminary and the ministry of presence that we had within the maximum-security prison that was located a few miles down the road.  I will admit that I had tremendous apprehension about going there! I remember walking through the multiple layers of gates with visions of “Shawshank Redemption” playing over and over in my head.  What was I going to find when I got to the end of this hallway, and entered into this village that was full of drug dealers, sexual offenders, and murderers?

There was one theme that kept playing over and over in my head.  Our role as Christians, was to be the “gentle presence of Christ in the midst of Chaos.”  After the gates were shut behind me, and I was able to sit down and talk with these men, person to person, the visions of Shawshank Redemption quickly went away, and the image of God in the prisoners was slowly revealed.  Many shared stories of their upbringing and the demons they fought with that led them to prison.  The fear turned to tremendous pity and sadness over what life had thrown at them.

Matushka remembers me coming home after these encounters, sitting on the couch, and just staring at the floor in disbelief…completely overwhelmed by the darkness that these men had lived through, and how incredibly blessed we had been in our own upbringing.

Although extremely difficult, those encounters were a tremendous blessing for me, because they taught me how to recognize the image of God within each and every person.  St. John of Kronstadt once said:  “Never confuse the person, formed in the image of God, with the evil that is within him.  Evil is but a chance misfortune, an illness, a devilish reverie (daydream).  But the very essence of the person is the image of God, and this remains in him, despite every disfigurement.”

This is what we are called to do as Christians dear ones!  To fulfill what St. Paul tells to the Romans:  “Abhor what is evil!”  Have a tremendous hate for the devil and the demons who poke and prod not only those who are in prison, but each one of us, day after day!  Then once you have done that:  ”Cling to what is good.”  Within every created being, there is some measure of good, and it is our responsibility to help bring that out by sharing the Divine Life that we have been blessed with here in the Church.

Prison ministry Sunday is about reflecting on those two things.  Learning to hate evil that has permeated so many lives in the world, and embrace the image of God that is found in those same lives.  Each of us is given a safe opportunity with which to practice these two virtues in the work of the Orthodox Christian prison ministry, and I pray that everyone takes advantage of this unique opportunity to grow in our faith!